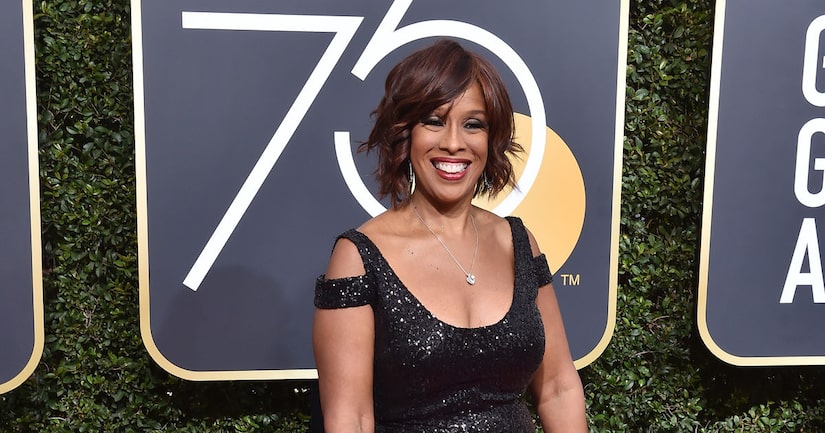 There is a new face at “CBS This Morning"!

“Extra's” AJ Calloway was on set with the new co-host John Dickerson and fellow anchors Gayle King and Norah O'Donnell.

The crew is happy to be working together, and John said he is getting into a routine with his new role, noting, “I'm feeling great. It's been two days, the streak continues, I am loving it.” Gayle added, “We are excited, seriously. Nora and I were talking. It's a seamless transition, really. It's so great when you can find talent right inside the family. Our reputation is original storytelling and reporting and ta-da!”

Norah agreed, saying, “This is a new beginning with an old friend because John's been on the show many times and has anchored with us.”

Dickerson said it was like following in his mom's footsteps, as she was the first female correspondent for CBS News. “It's a dream job because of mom," he said, "but also because of what I love, the reason I got into journalism, which is to be publicly curious about things in a way that helps people who are watching figure out their world.”

The new beginning at “CBS This Morning” comes after Charlie Rose left the show amid sexual misconduct allegations. Gayle said she has spoken to Charlie. “Yes, of course I've spoken to him," she said. "He's doing fine, he's doing fine. Charlie and I are still very good friends, I am still wishing him well and cheering him on.”

King also weighed in on her BFF Oprah as the buzz from her Golden Globes speech continues to grow, with calls for her to run for president. Gayle insisted, “News flash: She's still saying no.”

AJ asked if there is any chance now that the climate has changed. Gayle replied, “I say she is intrigued — I'm certainly intrigued by it — but right now she is saying no and to be honest with you, I don't see that changing.”

The newswoman added, “I know a lot of people wish she would… She didn't do that speech to launch a presidential campaign and you can't be president by just doing a great speech, so that was never her intention.” AJ wouldn't take no for an answer, telling Gayle, “I said we need a little OM in the world — I said Oprah/Michelle 2020.” Gayle laughed the idea off, firmly declaring, “Well, that really ain't happening.“

Right now, Oprah and many others are dealing with the horrific mudslides in Montecito.

Gayle revealed, “She is walking around in knee-deep mud… Her property is all right, the neighbor next to her suffered a lot of damage, and there is a lot of mud on her property, but listen, she will be the first to tell you her house is standing, they are alive and healthy and [when] you look and see what's happening to other people, there's really no complaints.” 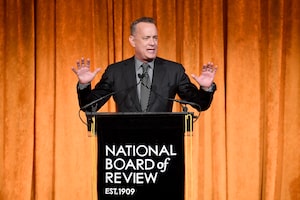 Could Tom Hanks be Oprah’s Running Mate in 2020? 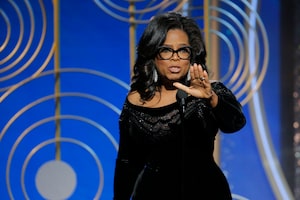