"Extra" has a first look at the “Showdown in Manila” trailer!

In the film, private detectives Nick (Nevsky) and Charlie (Van Dien) live and work in Manila. A murder investigation involving Mrs. Wells (Carrere) leads them to the jungle camp of an international terrorist called The Wrath.

Not trusting the police, Nick and Charlie assemble a team of daredevils to walk straight into The Wrath's lair and fight an army of his goons.

The movie opens in theaters January 19, followed by a VOD and digital release January 23. 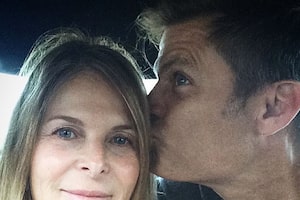