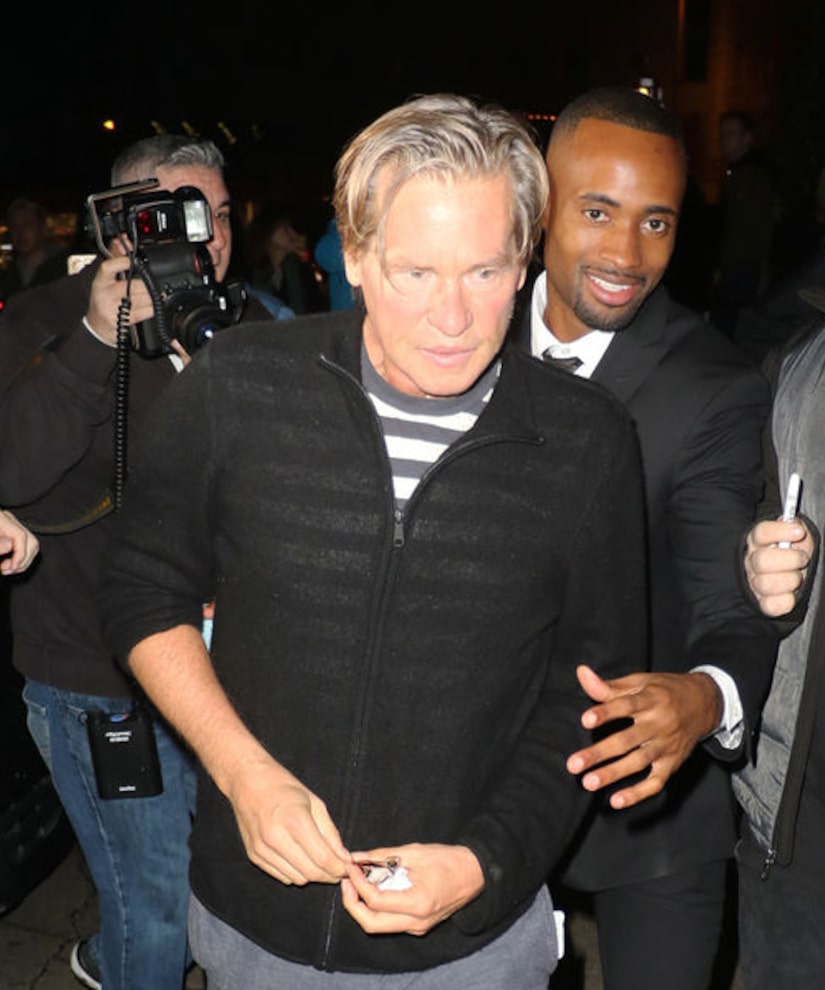 Actor Val Kilmer has denied rumors about his health in the past, but he's now ready to open up about his two-year battle with throat cancer!

According to The Hollywood Reporter, Kilmer is undergoing chemotherapy to fight the cancer.

Kilmer's cancer battle has also changed his outlook on life. He shared in the latest issue of the magazine, “I was too serious. I'd get upset when things like Oscars and recognition failed to come my way."

He emphasized, “Fame is sort of a mess. You get treated differently, but it doesn't have anything to do with who you actually are."

Though he's fighting for his life, Kilmer still has big goals. He said, “I would like to have more Oscars than anybody. Meryl Streep must feel pretty good, you know? It must feel nice to know that everyone loves her. It's about being loved."

In April, Kilmer addressed Michael Douglas' claim that he was battling tongue cancer. He said in a Reddit AMA, “He was probably trying to help me cause press probably asked where I was these days, and I did have a healing of cancer, but my tongue is still swollen altho healing all the time. Because I don't sound my normal self yet people think I may still be under the weather.”

Last year, Kilmer said that Douglas was “misinformed.” He commented, “The last time I spoke to him was almost two years ago, when I asked him for a referral for a specialist to get a diagnosis for a lump in my throat, which prevented me from continuing a tour of my play 'CITIZEN TWAIN.' I ended up using a team at UCLA and have no cancer whatsoever.” 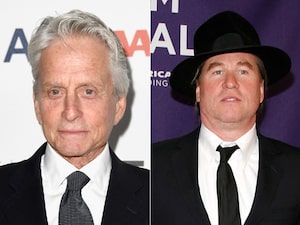 Rumors about Kilmer's health started swirling in 2015. At the time, he wrote on Facebook, “Thank you for all your sweet support. But I have not had a tumor, or a tumor operations, or any operation.” 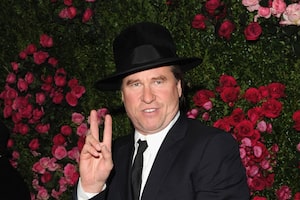 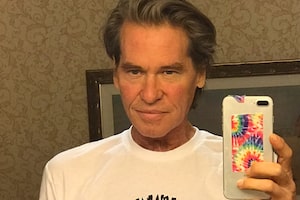 Will Val Kilmer Be Back for ‘Top Gun 2’? 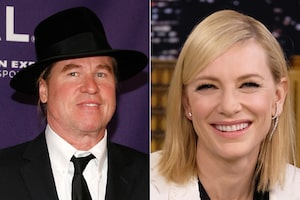 Val Kilmer Speaks Out on His Alleged Cate Blanchett Obsession