Grammy-winning singer Usher is ready for the holidays!

Along with crowning the winner of his Megastar competition, Usher also opened up on his holiday plans, telling “Extra's” Terri Seymour, “I get a chance to spend time with my family. With my sister, with my brother, with my niece, my sons, my wife. I've been traveling and keeping busy this year. So this year will probably be a staycation for me.”

Usher and his sons Naviyd and Usher Raymond V are giving back during this holiday season. He shared, “We spend a little more time being philanthropic. We go to shelters with the kids. We go to soup kitchens. We get a chance to go out and help other people in the community.”

The 35-year-old is also helping find the next great singer through Megastar, the world's first and largest global talent competition, which was created by the superstar. Usher, acting as the mentor and celebrity judge, announced the winner: Andie Case, who will receive a million-dollar prize!

Usher revealed, “It was very close, actually.” Of the winner, he commented, “She's a young lady who was basically homeless, was living out of her car, put everything she had in her career.”

Terri also spoke to Case, who emphasized, “Giving up was not an option, even living out of the car and drinking (from) ketchup bottles. I was so hungry. But I never thought about going home. It was never even a thought in my mind. 'I'm not going home. I can't give up… I'm either going to be successful in this or I'm gonna die trying.'” 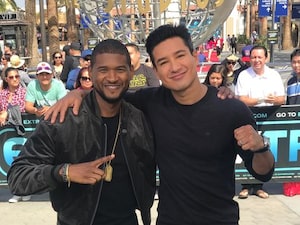 So what's the big message? Usher pointed out, “If you don't believe in yourself, nobody will." 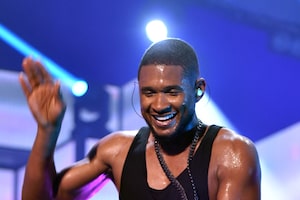 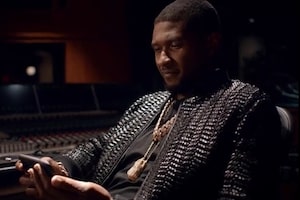 Usher Is Coming to 'Extra' to Talk About Megastar 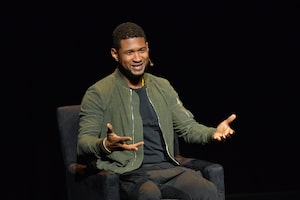