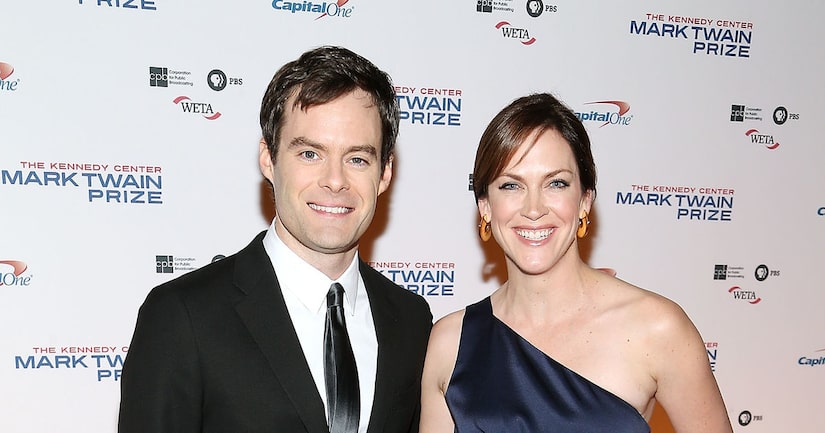 Hader and the filmmaker have been separated since July and are heading for divorce, according to People magazine.

The two share three daughters together – Hannah, 8, Harper, 5, and Hayley, 3.

Three years ago, Hader opened up about life with his kids, telling Conan O'Brien, “It's hard, it's great, it's beautiful. I don't sleep. They're very young. We'll be watching and she's really into the movie and stuff, and I'll go, 'You know, that's daddy,' and she kind of looks at me and she's like, 'That's a cartoon.'"