“Extra's” Renee Bargh recently sat down with Nicole Kidman as she was being honored at the Los Cabos International Film Festival!

Kidman was flying in from China just hours after husband Keith Urban walked the red carpet at the CMAs, where he took home Single of the Year. She said, “I was on the plane, so when I got off, I got the message that he won.”

At the show, Keith performed his new single “Female,” which also features some of Nicole's vocals. She revealed about singing backup on the record, “I do a little bit.”

Of the “beautiful” song, Nicole admitted, “It makes me cry.”

Though Keith didn't write the song, Nicole shared, “He loved the song… He kind of pushed everything aside and recorded it.”

While Nicole gushed that Keith is “such a good man,” she shut down rumors that they went to Hawaii to renew their vows. She emphasized, “People say a lot of things. I'm glad you asked me this.”

Aside from her “strong” relationship with Keith, Nicole is also making a pact with Meryl Streep. She explained, “A group of us sat around one night... Meryl Streep was the one who said… 'We have to literally get behind women, particularly female directors.'”

Kidman will be working with a female director on her next film. Her daughter, 9, already knows she wants to be a director, too!

As for a second season of “Big Little Lies,” Nicole didn't confirm it, but pointed out, “It's a group of us trying our hardest to get it and we're really close.” 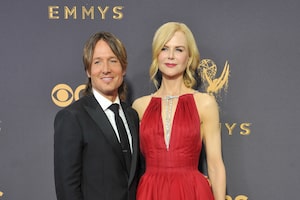 Why Keith Urban Is ‘Very Proud’ of Nicole Kidman 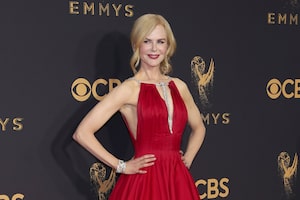 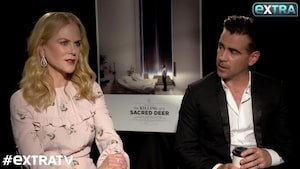