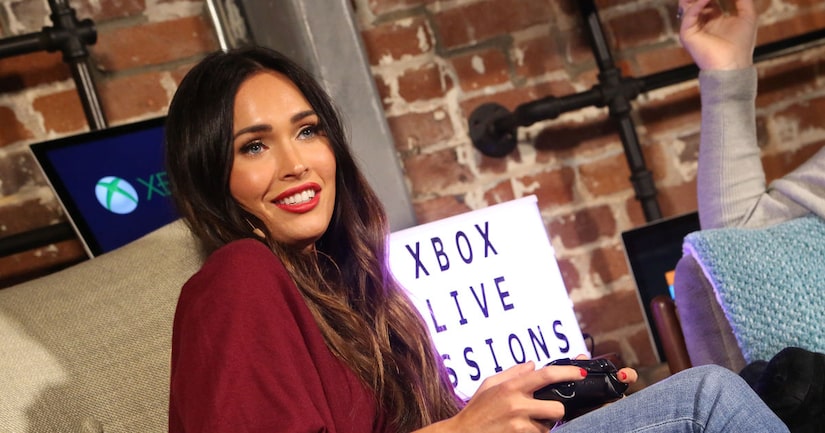 While the world considers Megan Fox one of the most beautiful women, her three young boys see her as just Mom. A fun and relaxed Megan dished to “Extra” about life at home with husband Brian Austin Green and their kids, Noah, Bodhi, and one-year-old Journey.

Of her boys' personalities, Megan jokingly shared, “[Journey]'s just very calm and kind, and then my older two are wild beasts and they're always fighting. Everything is a weapon. You can't have forks, forks are weapons… They're always trying to kill each other, and it's so stressful 'cause the baby gets stressed out cause he doesn't understand what's going on.”

Still, her hectic life would not deter her from having more kids. She revealed, “None of them are planned, so I can't tell you if I'm done.” Yet she is not so sure her body can take another baby, saying, “My body is barely holding itself together. It's, like, stitched together with bubblegum and Scotch tape. It's gonna fall apart if I have another one.”

She also pointed out that her little guys are more artists than athletes. She commented, “I don't think it's going to be a house full of football players.”

Her kids could be into video games like Mom, though. Megan said, “Once upon a time, I was halfway decent… But it's hard to do when you have small children that need you every moment of every day.” 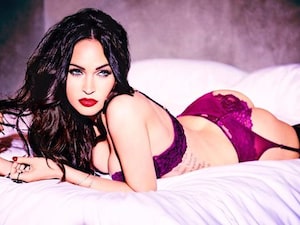 Fox took some time away from her kids to play Forza Motorsport 7 at the Xbox One X Launch in Los Angeles, even sharing her secret for getting in shape for her Frederick's of Hollywood‎ lingerie. She said, “A lot of hiking and I gradually worked myself up into weight circuit training, and now I am at a point where I am basically doing CrossFit, which is awful — it's awful — but it works.” 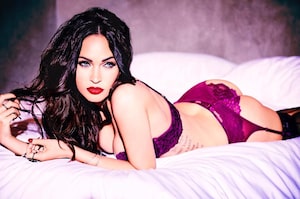 How Megan Fox Got Her Sexy Bod Back After Baby #3 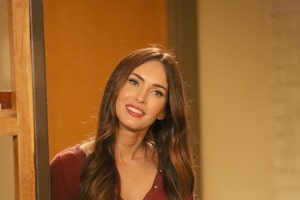 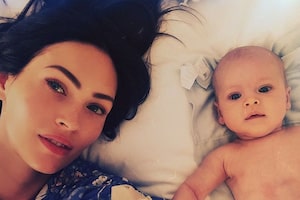