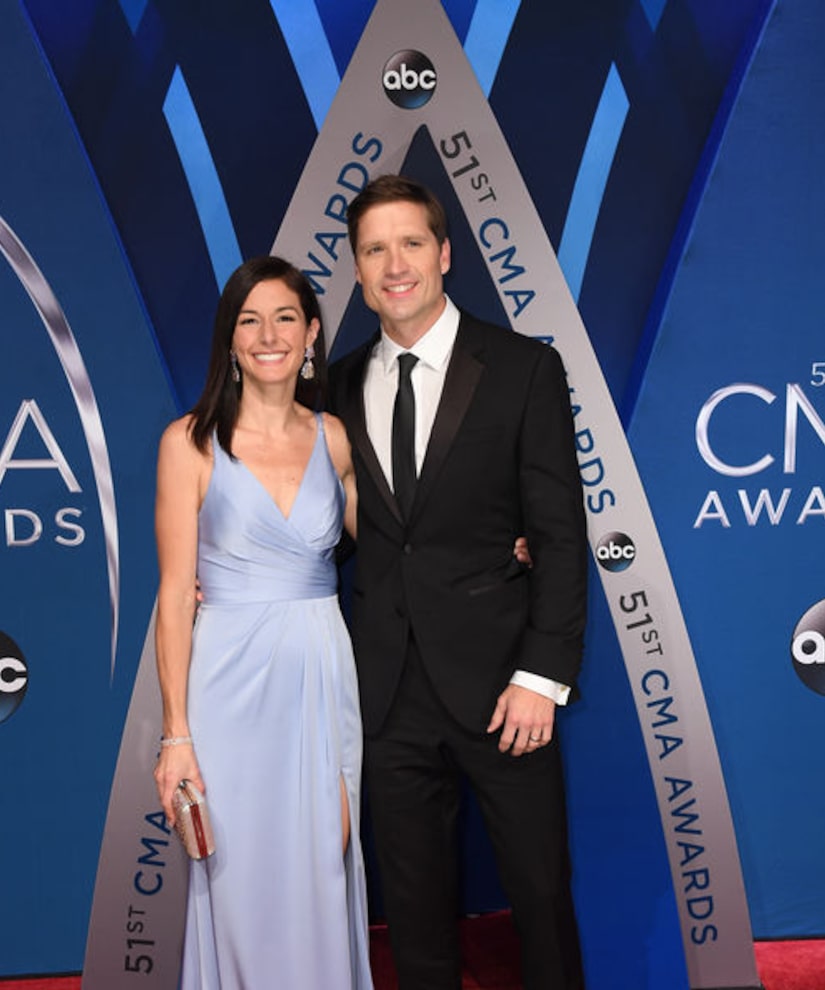 Last night, "You Broke Up with Me" singer Walker Hayes made a big baby announcement at the 2017 CMAs!

On the red carpet before the show, Hayes revealed to “The Bobby Bones Show” that his wife Laney is pregnant, saying, “I got news, guys… Number 7 is on the way. We're losing-our-minds excited.”

Hayes' other six kids were already sharing the news, saying, “They started telling everybody. So now it's just kinda like, 'Hey, guess what?'”

Walker, 37, also used the opportunity to promote his new album “Boom,” which drops on December 8, “Buy seven [copies]. Help me out! Honestly, we're ecstatic… no one knows but y'all.”

In July, Walker told People about his large family, saying, “Everybody thinks I'm crazy having six kids and chasing this dream.”

Walker and Laney are already parents to three sons and three daughters.