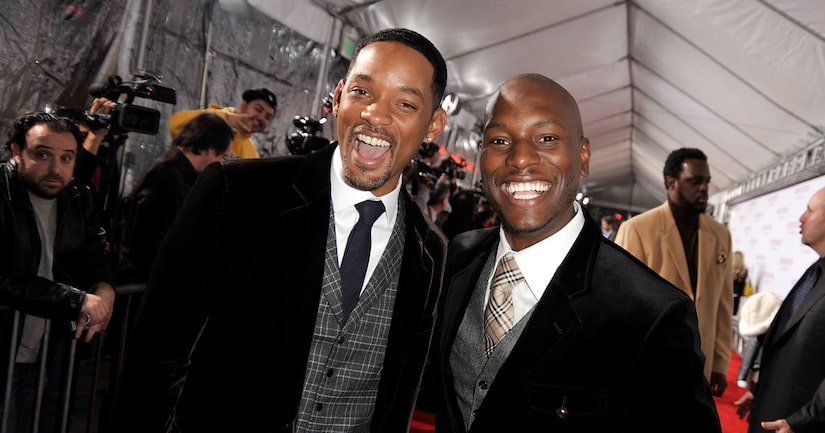 On Monday, actor Tyrese took to Instagram to express his appreciation to Will and Jada Pinkett Smith for their generosity!

Amidst his ugly custody battle with ex-wife Norma Gibson over their daughter Shayla, 10, Tyrese shared, “Our family and our sister Jada Pinkett Smith and my brother Will Smith just sent us 5 million dollars to help keep us afloat.”

After his call for help was answered, Tyrese is planning to stay to out of cyberspace, writing, “You've guys asked me to get off and stay off the Internet now that my daughters legal fees will be paid ! will listen....”

He continued, “The Smiths's and their whole family has always shown up for The Gibson's Uncle Will you're an uncle for real.....”

A source told E! News, "Will and Tyrese are extremely close friends. Will is one of those guys that's always there for his friends and family. Will is a giver. Even if it was his last penny, he would give it away to help someone out."

Last week, Tyrese posted a tearful Facebook video, claiming that he is losing $13,000 a month in legal fees. Norma recently accused Tyrese of child abuse, but he was cleared of the charges after the Department of Child and Family Services completed its investigation.