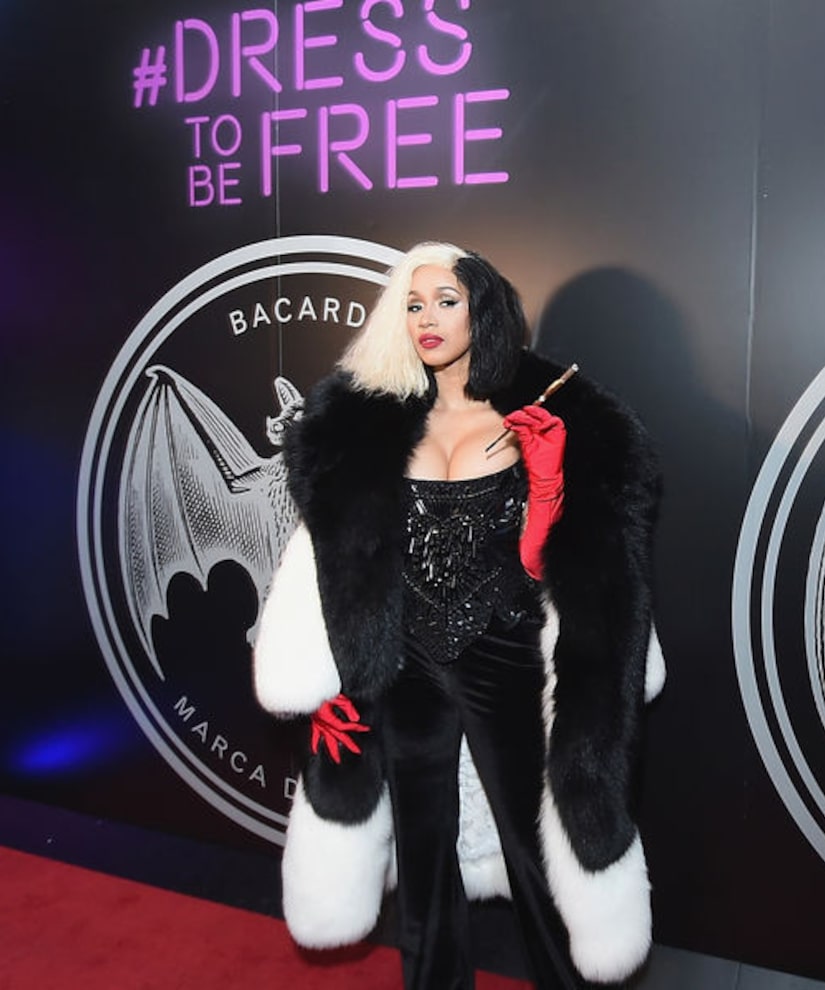 Only “Extra” was invited to party with rapper Cardi B, who went full Cruella de Vil while hosting Bacardi's “Dress to Be Free” Halloween party.

Cardi, in a black top and velvet pants with a black-and-white fur coat, red gloves, a cigarette holder, and a half-white, half-black wig, plus a real life Dalmatian, called herself “Bruella.” 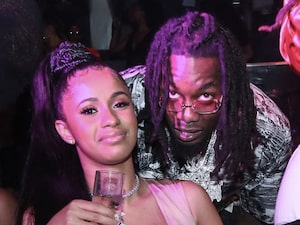 Cardi B & Offset Are Engaged — Watch the Proposal!

There was only one very important accessory missing from her look last night — her 8-carat engagement ring from Migos rapper Offset! She shared, “I took it to the jeweler today to get sized.” She added while smiling, “The ring is a big responsibility... it cost more than my life.”

Offset got down on one knee onstage at Power 99's Powerhouse concert in Philadelphia, which was a complete surprise to Cardi! She didn't know it was coming, saying, “No, I didn't! To this day, I be waking up like, 'I cannot believe this is real!'”

Already thinking about the wedding, Cardi revealed who she wants to design her dress: “I have Christian Siriano in mind.”

The 25-year-old from the Bronx graced the cover of Rolling Stone magazine after her hit "Bodak Yellow" made it to number one on the charts, saying, “It feels like a dream come true.” She also pointed out that it was a full-circle moment after getting dumped when she was 19 and making it a goal to become a video vixen and get in the urban hip-hop magazines. “Now I'm in freaking Rolling Stone... damn, that's crazy.”

Cardi also cleared up rumors she is set to work with Beyoncé, commenting, “I don't know where they came from. I would love to work with her. 'Heyyyyyy, yes I will, honey, honey.'”