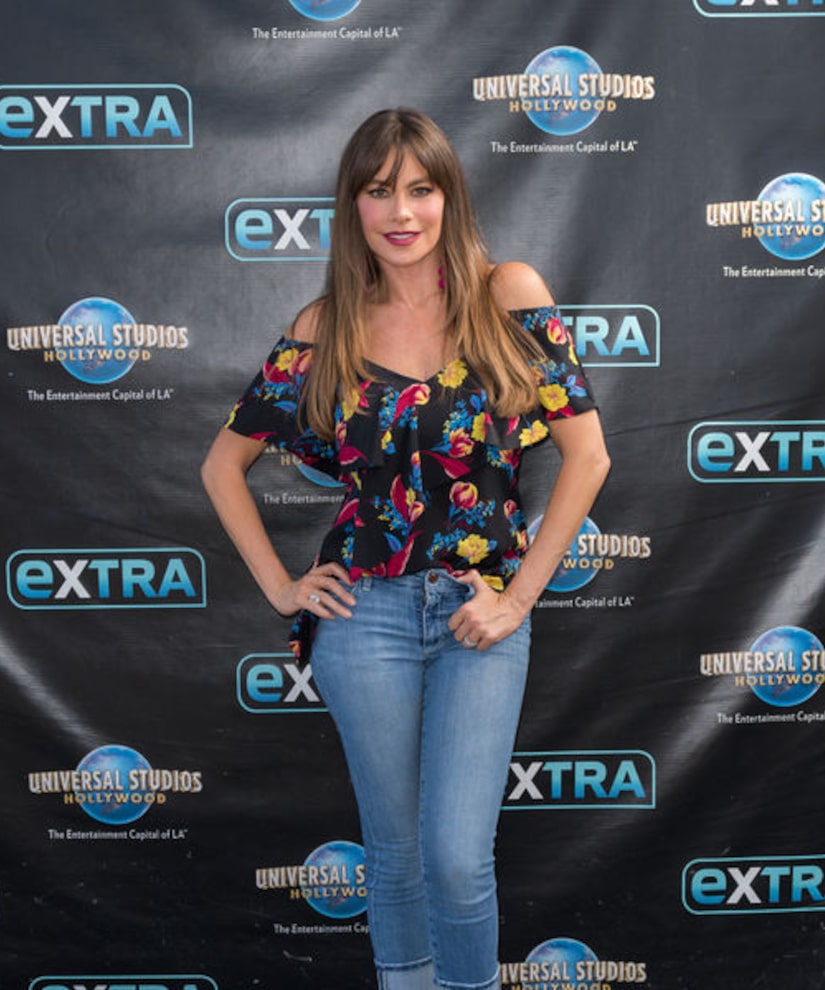 Sofía and Joe are getting ready to celebrate their second wedding anniversary, but she isn't quite sure how just yet. She admitted, “We don't know because it's, like, the Thanksgiving week and a lot of my family's traveling here to do Thanksgiving, so it's going to be kind of hard to, like, escape to a romantic anything so we're still trying to figure out.”

The hot Hollywood couple spent their summer shooting their first movie together, “Stano,” about a baseball player whose career is cut short when he goes to prison. Sofía, who actually plays Joe's love interest, shared, “Yeah, and I have a small role. I mean, but I really wanted to have that experience of knowing what it was to shoot with him… and it was amazing! You have long days at work, but then you don't feel like you need to rush home. I was like, 'Oh, it's great, I can stay here all night… it was great… he was there... and it was fun.”

The pair also have fun together while watching Joe's hometown NFL team, the Pittsburgh Steelers. Vergara commented, “The good thing is that he doesn't really, like, force me to go, but I like going to the actual game because the energy is amazing, I have fun. What I don't really understand is watching it on TV for hours, so I kind of, like, go and sit with him for a little while but I lose interest or I, like, start shopping online. But I love that he's so passionate about his team. It reminds me of Latin men with soccer… When I used to live in Colombia."

She pointed out that she still follows soccer for old time's sake!

Her fans have been following her adventures as Gloria on “Modern Family” for nine seasons. As for what has changed over the years, Vergara smiled, saying, "I now, for example, if I see a back-to-back episode from, like, eight years ago, now I want to cry 'cause look so much older.”

Mario and our audience at Universal reacted by letting out a collective, "No!" She added, “And Ed has, I'm like, 'Ed, look, you have so much less hair…' We're always joking around about that."

Overall, though, she emphasized that "Modern Family" has been "great... amazing... you know, a lucky situation for me to have something like 'Modern Family.' I mean, I enjoy every day that I go to work.”

Tune in to “Extra” tomorrow for more fun with Sofía. 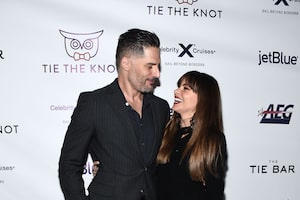 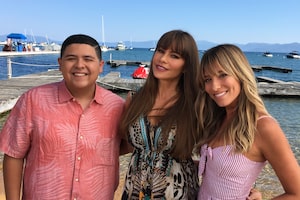 Sofía Vergara Opens Up About Baring It All, Plus: Renee on Location with ‘Modern Family’ Cast 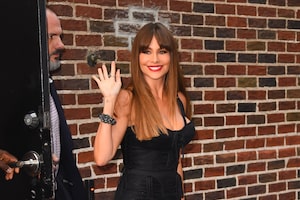