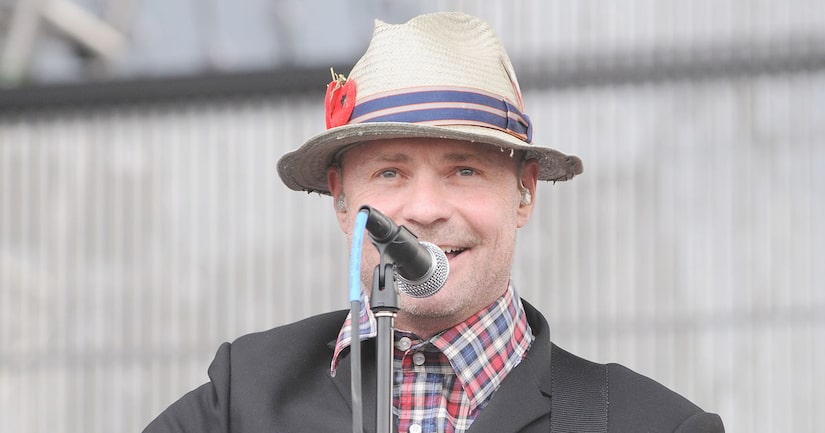 Canadian rocker Gord Downie has died. He was 53.

The Tragically Hip lead singer passed away surrounded by friends and family after a battle with brain cancer.

The band confirmed the news in a statement, saying, "Gord knew this day was coming - his response was to spend this time as he always had - making music, making memories and expressing deep gratitude to his family and friends for a life well lived, often sealing it with a kiss... on the lips.”

After making his diagnosis public last year, Downie and the band went on tour across Canada to raise money for brain cancer research.

Canadian Prime Minister Justin Trudeau paid tribute to Downie on Wednesday, saying, "He loved every hidden corner, every story, every aspect of this country that he celebrated his whole life.”

He added, "We are less as a country without Gord Downie in it. We all knew it was coming, but we hoped it was not."

“We are less as a country without Gord Downie in it," said a visibly emotional @JustinTrudeau today https://t.co/Tuxg7KJiyU pic.twitter.com/b1zz467H5d