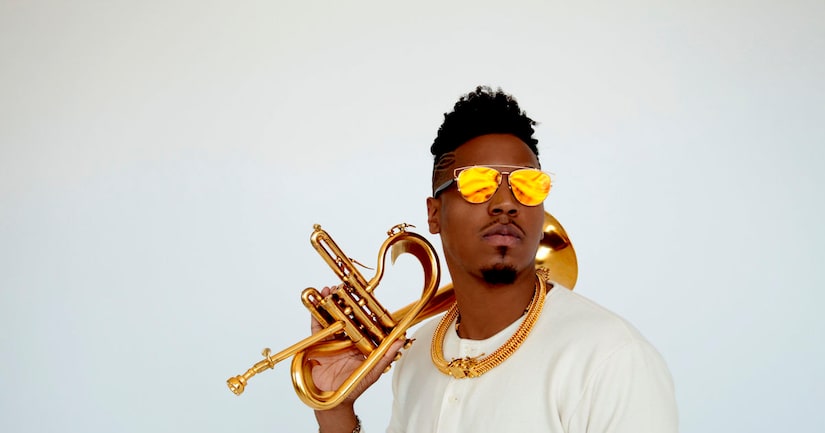 Grammy-nominated trumpeter, composer, and producer Christian Scott will release the third installment of a trio of albums commemorating the 100th anniversary of the first jazz recordings.

Collectively titled “The Centennial Trilogy,” the final album in the series, “The Emancipation Procrastination,” will be released October 20th.

Extra's Senior Music Correspondent Adam Weissler sat down with Scott and talked about how he is taking the form into the future with his “stretch music” – and how it's speaking to audiences about today and tomorrow – through his innovative composing, playing and themes.

Adam is calling this trilogy “some of the most groundbreaking, important, and thrilling music in any genre this year.”

Check out an exclusive performance from Christian below!

Check him out on the west coast this week: