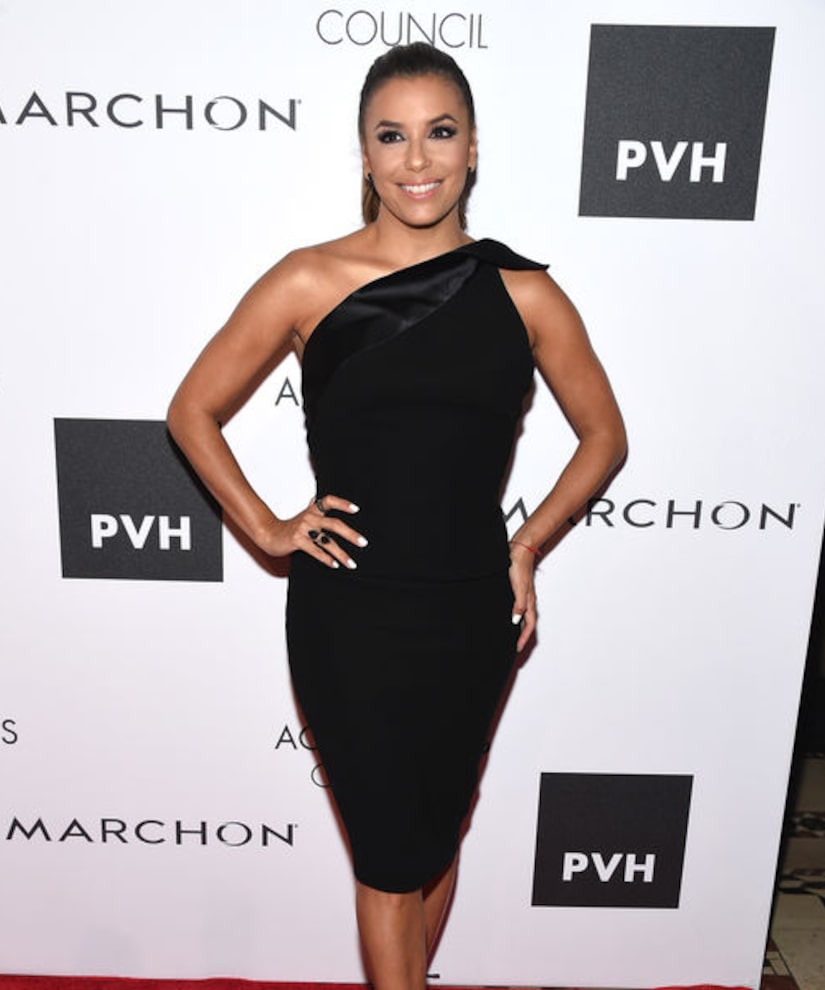 Eva Longoria is living her best life, and “Extra” was with the actress at the Ace Awards as she was honored as a style ambassador.

Longoria has been spending time abroad this summer. She told us, “I've been gone since May… I was working in Europe so I always tag along a lot of days to enjoy the beaches, enjoy where we are… My whole team, we went to Ireland. We're like, 'We're going to see everything and work.' We usually pack it all in.”

She continued, “In the summer, I live in a bikini, even if I'm not bikini-ready. I'm wearing it, and I'm in love — I already have my man, I don't have to be skinny.” Eva said she does not pay attention to rumors about her weight, explaining, “It all kind of just rolls off — I'd rather enjoy my wine.”

The 42-year-old was also just spotted celebrating at Serena Williams' baby shower, “Serena loves a theme party, so she decided to do the '50s. I was in Miami and was like, 'Where am I going to get a '50s dress?' and I went to the Halloween store and so if you looked closely at my dress, it was full of pirates and I made it a '50s costume… I sewed it!”

Eva is ramping up for a busy work season, saying, “I'm still directing. I'm behind the camera. I'm directing 'Black-ish' this season again; I will be directing Dylan McDermott's new show 'L.A. to Vegas'; I'm directing Kaitlin Olson's show on FOX, 'The Mick.'"