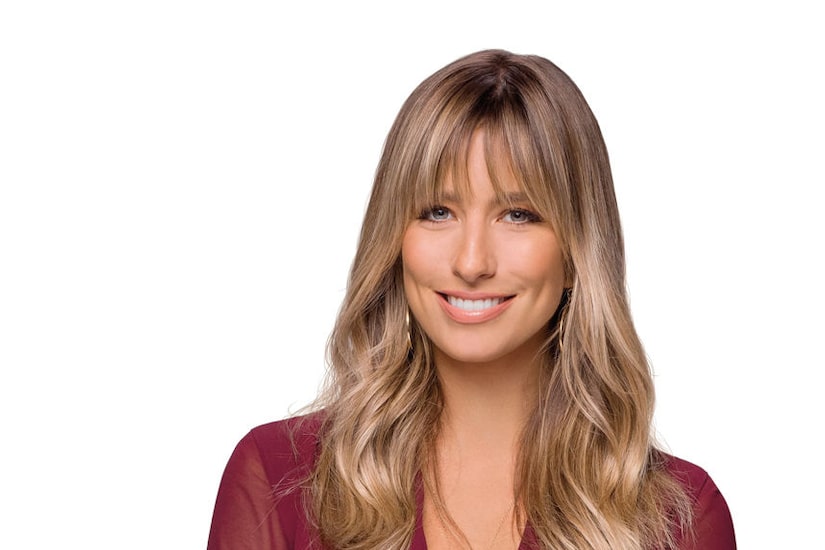 Emmy-winning “Extra” is taking entertainment news to the next level with a dynamic group of hosts and an innovative approach to celebrity news when the new season launches September 5!

Joining “Extra” host Mario Lopez — who has been called the "Dean of Entertainment News" — is a seasoned roster of TV personalities, including new co-hosts Tanika Ray, Renee Bargh and AJ Calloway, with British TV sensation Mark Wright as correspondent.

Ray is making her return to “Extra” after serving as a host and correspondent from 2004 to 2009. Known for her quick and witty on-air banter, she was the host of The CW's award-winning competition show “Oh Sit!” in 2011 and 2013, and hosted two shows, “Design Star” and “HGTV'd,” for HGTV. Tanika has also hosted several reunion shows for VH1 and Lifetime. She most recently took a hiatus from TV to welcome a daughter.

AJ Calloway, originally from New Jersey, has been the New York City correspondent for "Extra" since 2008. AJ is at the center of all things entertainment in the Big Apple, interviewing the most-talked-about celebrities, athletes and notables in the world. AJ was one of the original hosts of "106 & Park,” and has had cameos in "Drumline" and "Chicago Code.”

Wright is a British TV personality and radio show host who boasts millions of followers on social media. He is best known as one of the stars of “The Only Way Is Essex.” Since Wright left the show in 2012, he has had an impressive hosting career in the UK, including “Take Me Out: The Gossip,” “Surprise Surprise,” “The Dengineers,” “All Back to Essex” and the soccer show “Match of the Day.” He has hosted a radio show for the wildly popular Heart FM, and is an accomplished DJ playing for sold-out crowds in Ibiza, Mallorca and London.

Lisa Gregorisch-Dempsey, Senior Executive Producer of “Extra,” said, “Mario, Tanika, and Renee will be an unstoppable team, and together they will bring a fresh new energy to the show. Loyal 'Extra' viewers will remember Tanika's magnetic personality, and we are thrilled to have her back. Renee has become the go-to reporter in Hollywood, she has equity with the stars and she's become a tastemaker from style to wellness. AJ owns entertainment in New York City, and we look forward to showcasing him more this season. And rounding out our team is Mark Wright, who is one of the biggest TV personalities in the UK. Now he's ready to conquer America on 'Extra.'”

The on-air changes are part of a fresh evolution for the series with more live elements showcasing the hosts' personalities and points of view. The ensemble will share their take on the most talked about headlines of the day. Viewers will also get unprecedented access to the show with a unique, behind-the-scenes look at the hosts, allowing them to get to know them and the day-to-day operation of the show.

“Extra” will continue to broadcast from Universal Studios Hollywood, in front of the studio's iconic globe, and from various locations in New York, showcasing more two-on-one interviews, becoming the only show in the genre to have a full-time team of hosts on both coasts who shoot in front of a live audience.