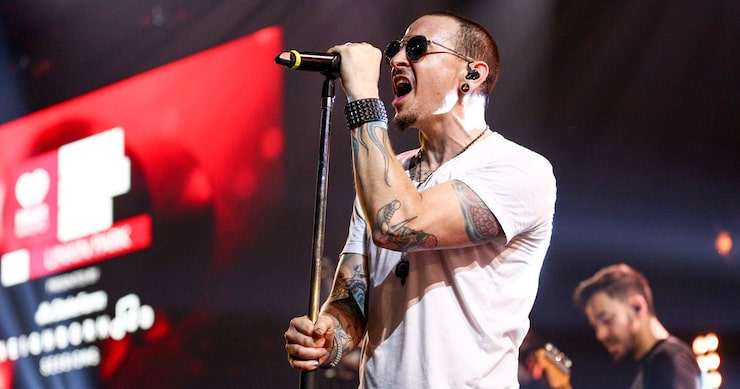 Bennington was scheduled to attend a photo shoot with his Linkin Park bandmates a few hours after he was found by a housekeeper with a belt around his neck. The band was also planning to go on tour next week.

Law enforcement sources reveal that there was a partially empty bottle of alcohol found at the site where Bennington died, but there were no drugs discovered.

A close pal told RadarOnline, "Yes, he did struggle with addiction issues, but everyone thought that he had it licked. He seemed to be at a good place in his life. It is just so tragic and there are no words."

In his last interview, Bennington opened up about his struggles with his inner demons, telling The Mirror, "For me personally, when we first started working on this record I was coming out of the darkest time of my life and it was all sh*t that I was doing to myself. It was all stuff that I had control over... even though I felt differently at the time."

After his death, Linkin Park bandmate Mike Shinoda tweeted, "Shocked and heartbroken, but it's true. An official statement will come out as soon as we have one.”

RIP to Chester Bennington and my sincerest condolences to his family, friends, and the Linkin Park family. Truly unique, humble frontman.

The news about Chester Bennington is devastating. My thoughts and prayers are with his family, friends and @linkinpark. Such a tragic loss

RIP The legend Chester. You were were and will continue to be a huge inspiration to us.

artists are ppl compelled to bring beauty into a world that can be so dark. makes sense then that artists are always conscious of darkness..

... & maybe at times made more vulnerable by it? i don't know. life can be relentless. heart hurts for Chester's family/band/friends/fans.

Oh dear God. Massive R.I.P to Chester Bennington of @linkinpark this BREAKS OUR HEART. Suicide is the devil on earth walking amongst us 😞

So sorry to hear the news about Chester Bennington. Sending so much luv, strength & light to his family, kids & @linkinpark ohana. 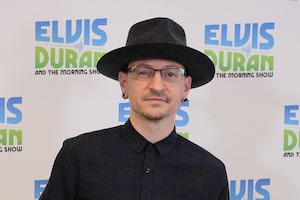