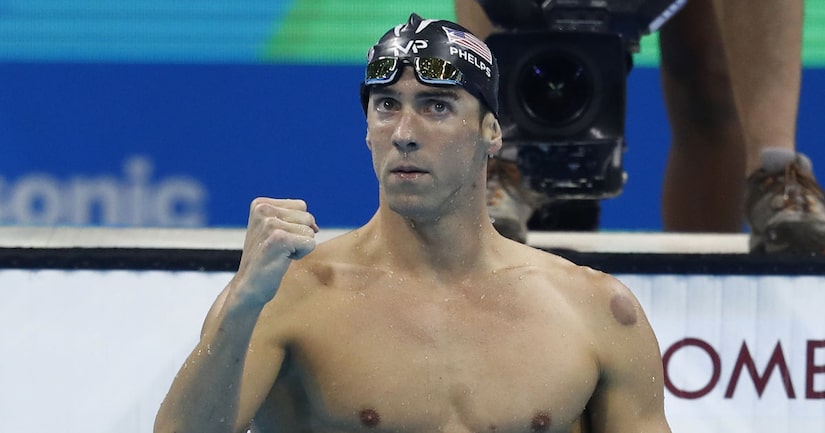 Of the 100-meter race with one of mankind's dangerous creatures, Phelps said, "I've always wanted to do it.”

He elaborated, "It's been something that's been on my bucket list forever and especially a white.”

For the race, Phelps wore a monofin to even the playing field since sharks can swim up to 25 miles per hour. Despite all the hype surrounding the race, Phelps “was never nervous.” Why? He said, "It was more exciting than anything else. I mean, like as soon as I got in the water I literally felt the cage just rattling back and forth and it was the white just attacking the cage.”

Before the big race, Phelps had to study his opponent. He explained, "We basically learned the dos and don'ts.” What did he did? He told AJ, "Make sure you look in his eyes his or her eyes. Don't flail your arms all over the place either like this, or hands at your side."

As for the winner of the race, Phelps teased, "That's the million-dollar question everyone wants to know.”

The 32-year-old also dished on life with wife Nicole and their son Boomer, who gained national attention during the Olympics in Brazil.

Boomer is even getting in on the shark action, “He had is first shark-themed birthday," Michael said, adding, “He is massive, my day when I'm home, I'm running around the house chasing him, he's non-stop, a bundle of energy.”

Phelps posted a pic of his lil man with headphones on social media, “He likes headphones. We had some beats on very low volume, he was listening to Eric Church, very soothing. He's getting his first taste of music…He's trying to talk so much, he tells you basically what he wants, more food, when he's done, he has all these hand gestures down. He blows kisses, waves, he's growing up so fast.”

To watch past seasons of Shark Week, you can check out Roku's Discovery Go channel. 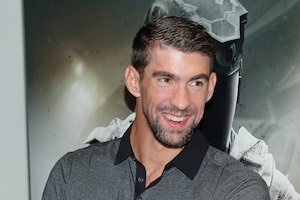 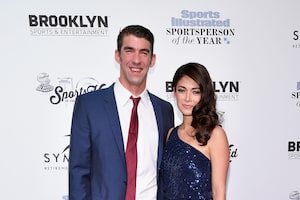 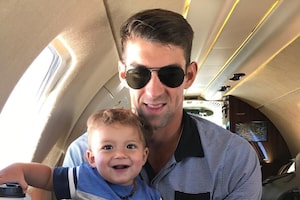