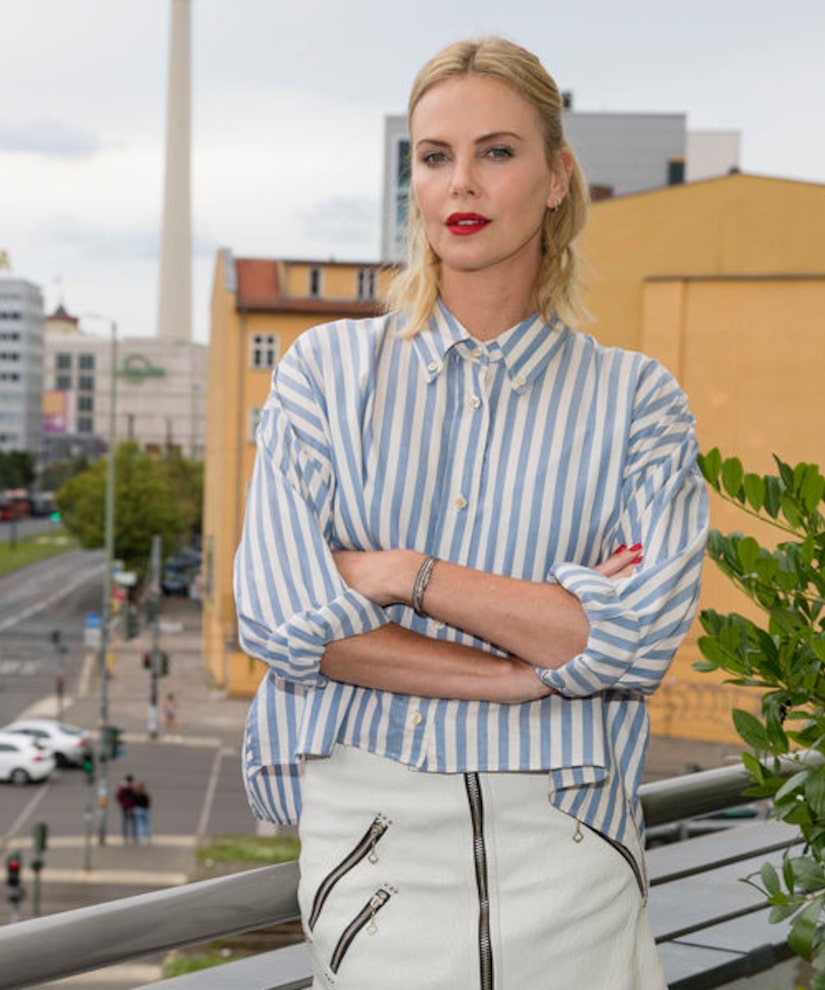 Charlize Theron is dangerously beautiful as lethal assassin Lorraine in her new action thriller “Atomic Blonde.” “Extra's” Terri Seymour sat down with the actress in Berlin, where she opened up on that racy love scene with Sofia Boutella that everyone is talking about!

Theron shared the hottest love scene ever with Boutella, who plays a French spy, something she said was easy. She explained, “With Sofia, it was easy just because were both dancers and you have to choreograph those scenes quite a bit. Otherwise, they just become silly. There is a technical aspect to it, so with her it was really easy because she thinks like me because we're dancers. We shot that scene in, like, 45 minutes and with the guys, they're not dancers, so, it takes a bit more work. I enjoy both — yes!”

“Doing a love scene with guys is different, but I enjoy both,” Theron smiled.

The 41-year-old got into the best shape of her life for the movie, which required her to do some fight scenes. Theron commented, “We always wanted to raise the bar a little, but with the action, we wanted it to still feel that a woman could do all of that stuff — that was important for me as a woman, I wanted it to feel authentic, so no one can say a woman can't do that.” She went on to point out, “I'm going to be 42 in August, very proud to say, ladies.”

Her training for the film did take a toll on her body. The Oscar winner chipped two teeth during her combat training, saying, “I went through the first two surgeries before we started the film, and then I wrapped the movie and had another two surgeries and I still have one more.”

The single mom to 6-year-old Jackson and nearly 2-year-old August don't realize how cool she is. She said, “They don't think I'm cool at all! I was singing in the car the other day and Jackson was like, 'Mom, can you not sing, please? Stop doing that.'”

“Atomic Blonde” is in theaters July 28. 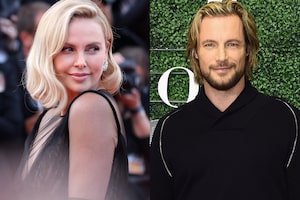 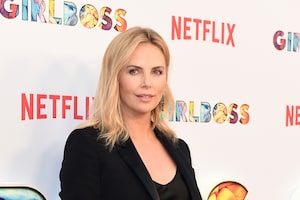 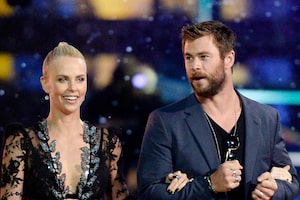