It was a family affair as Madonna paid a special visit to the new Mercy James Institute for Pediatric Surgery and Intensive Care, Malawi’s first pediatric ICU, at the Queen Elizabeth Central Hospital.

Its a Family Affair!! ♥️🇲🇼🌺♥️🇲🇼♥️🌺🌍🌍🌍🌍At the Opening of The Mercy James Center!! 🙏🏻 @raisingmalawi

In an Instagram video, Madonna enters the hospital her charity Raising Malawi helped build with her adopted children Mercy and David, 11, and twins Esther and Stella, 4.

The Day has Finally arrived and so have we! 🎉🎉🎉 Entering the Mercy. James Center! 💕🌈Malawi's First Pediatric Intensive Care Unit. ♥️🇲🇼♥️🌍♥️🇲🇼🌍♥️🇲🇼🌍♥️🇲🇼🌍🌍🌍🌍🙏🏻🙏🏻🙏🏻@cbssundaymorning @raisingmalawi

While son Rocco, 16, wasn’t in the video, Madonna later posted a pic of the teen working on a hospital mural.

Madge, who is also mom to Lourdes, 20, showed off her conservative side at the event in a black sweater and long skirt with yellow flowers.

Warming up in Dr. B's office before my speech!! 🎉🌈💘🌍🌈🌍💃🏻♥️🇲🇼🇲🇼🇲🇼@raisingmalawi

The singer posted a video from the opening and an excerpt of her speech along with the caption, “The Opening of Mercy James Center was an overwhelming success. Im so grateful to all who made it possible!!”

Fans can visit RaisingMalawi.org to support the cause.

Is Madonna Dating a Hot Model? 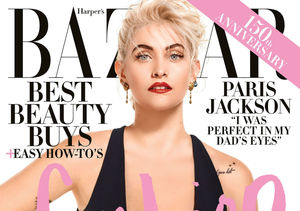