A post shared by 💎Angela's Fantasy Creations💎 (@angelasfantasycreations) on Jul 8, 2017 at 7:16pm PDT

"Dancing with the Stars" pro dancers Maksim Chmerkovskiy and Peta Murgatroyd said their "I dos" Saturday at Oheka Castle in Huntington, New York, Us Weekly confirms.

All of the bridal party info (via Vic) pic.twitter.com/atiQBqMtUg

Maks told Us, "It was everything we ever dreamt of." Peta added, "And the party of the year!"

The evening wedding at the 127-room estate was attended by "DWTS" regulars Sharna Burgess and Chmerkovskiy's brother Val, as well as former competitiors Rumer Willis and Nyle DiMarco.

The ceremony began with the couple's son Shai, 6 months, being carried down a petal-strewn aisle by Peta's mom. Video of the ceremony surfaced on a fan account, showing Peta under a dramatic veil in her white wedding gown. Maks wore a tux with a white jacket and black pants.

Nearly 300 guests crowded into the flower-adorned main ballroom for a five-course meal and live music.

Maks told Us, "I'm looking forward to soldifying what all these years have been going to. I couldn't wait to call her my wife."

The fact that a rainbow appeared 😭😭😭😍😍😍 Pure magic... ❤️❤️ pic.twitter.com/JeXFBQOGC5

After the ceremony, while posing for photos, the sky offered the couple a rainbow — the perfect ending to a perfect evening! 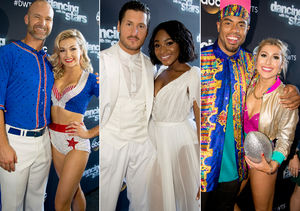 'Dancing with the Stars' Finale! The Season 24 Winner Is... 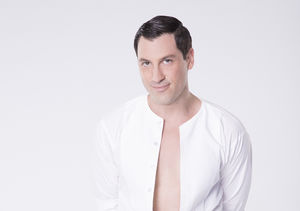 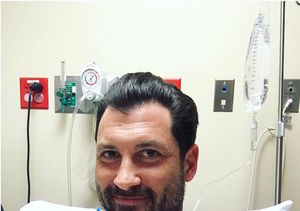 Maksim Chmerkovskiy Injured — Why He Is Being Sidelined from 'Dancing with… 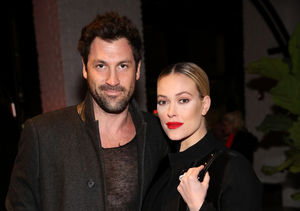 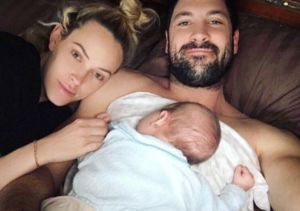