During the shoot, Charissa worked with the magazine's creative director, Derek Warburton, who taught her “how to model.”

In the issue, Charissa revealed how she can make a quick transition from hosting sports to an entertainment news show like “Extra.” She explained, "It's very different, obviously, but as I always say, people are people and the only difference really is… I'm not critiquing athletes' fashion! Well, occasionally Russell Westbrook!” 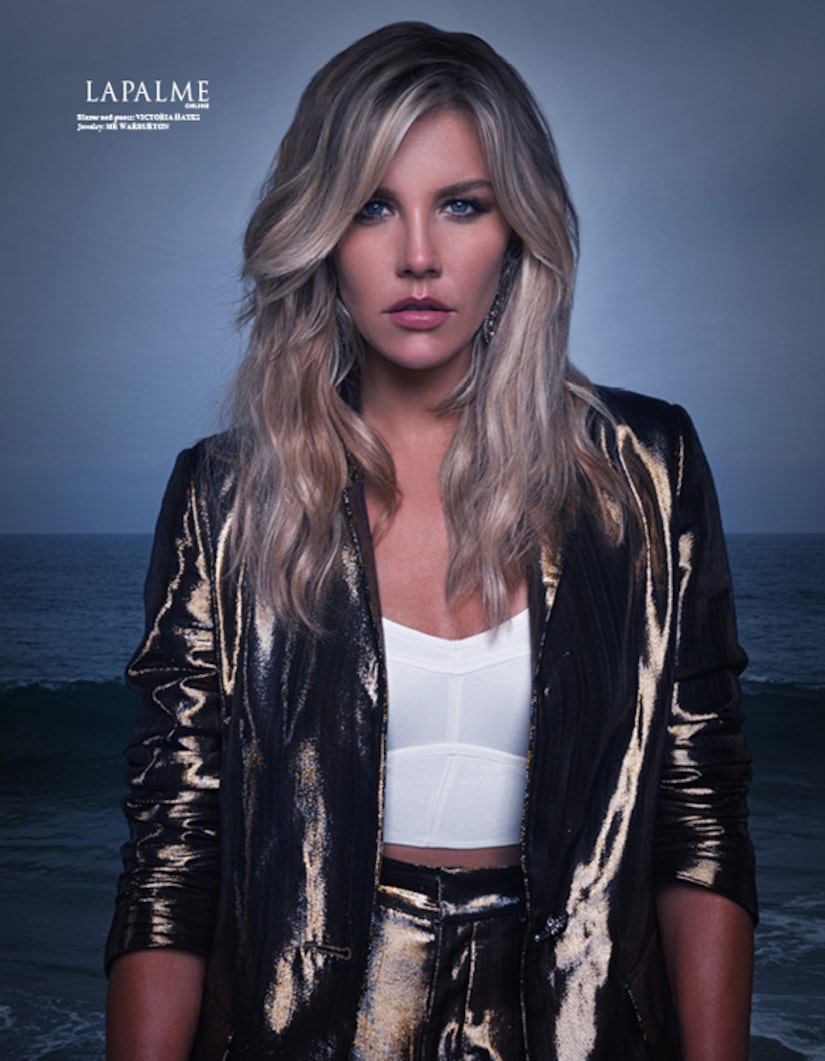 As for what she likes to do during her time off, Thompson said, “Running, laying on the beach, traveling, road trips and hanging with my dogs and friends!”

Charissa was joined by Derek at Universal Studios Hollywood, where Derek unveiled her issue of LaPalme magazine. Watch her reaction to seeing the cover for the first time!

During his visit, Derek also revealed tips on how to pose for the a magazine cover.