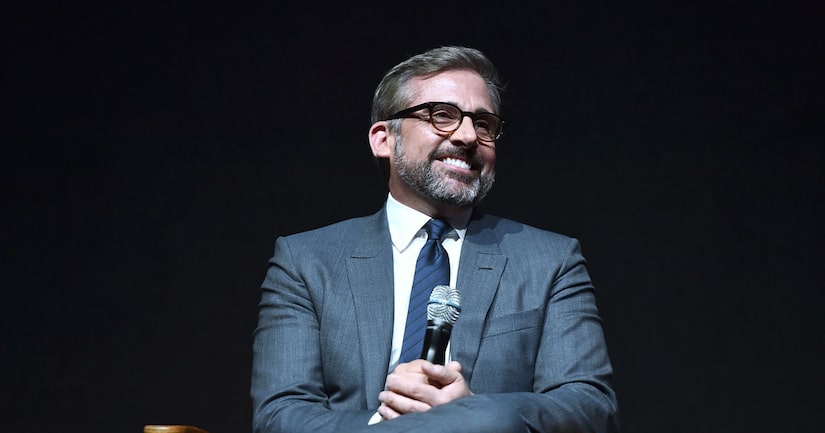 Comedian Steve Carell is back as Gru in “Despicable Me 3.”

“Extra's” Renee Bargh sat down with Carell and his co-star Kristen Wiig to talk about the film, which centers around Gru and Kristen's character, Lucy, who have plans to stop former '80s child star Balthazar Bratt from achieving world domination. The two told Renee they had so much fun getting animated for another "Despicable Me" film.

The big question for many of Steve's fans: Will he ever return to the small screen as Dunder Mifflin boss Michael Scott? Earlier this year, the actor caused mass hysteria when he tricked everyone into thinking “The Office” was coming back. Carell tweeted his almost 5 million followers, “Breaking News: 'The Office' returning to NBC.” Five minutes later — long enough for everyone to get excited — he followed up with the heartbreaking update, “Wait, sorry. I meant 'Will and Grace' (Typo).”

Carell revealed, “I made a little joke about 'The Office' coming back. People didn't feel it was that funny. The fans think they want us to come back… I think the fans want that show exactly as it was to come back, and there's no way that would ever happen,” he said, laughing. “Unless of course they offered us a ton of money.”

As for Kristen, is there is any hope of a sequel to her hit movie “Bridesmaids"? She replied, “Can there not be a baby shower that you all come back together for?”

“Maybe we'll combine it with 'The Office,'” Wiig joked. “Maybe someone has a baby in 'The Office.'”