Father's Day is right around the corner, and the Discovery channel's “Diesel Brothers” – Heavy D, Diesel Dave, Muscle and Red Beard – are ready!

ExtraTV.com caught up with the doting dads to find out what they have planned, and to get the scoop on their upcoming two-night special, a partnership between Discovery and the MLB Network.

Heavy D, real name Dave Sparks, told us the family traditionally goes to Lake Powell, which straddles the border of Utah and Arizona, for Father's Day, but with a brand new baby in tow, they won't be venturing far from home.

The Diesel Sellerz's co-owner Heavy D, wife Ashley, daughter Charlie, 5, son Beau, 2, and baby boy Mack, born May 10, will be spending time at a cabin near their home instead.

They plan to invite both sides of the family and “have a big barbecue up in the mountains and ride four wheelers… since we can't get too far from home because of the new baby.”

Sparks said he “loves being a dad” and gushed over his little ones, saying, “The best part of it is watching them become a little person and watching their personality and their character develop… I love it.”

This year is a special one for Diesel Dave Kiley, who welcomed daughter Saylor Fe with wife Des in January. Dave joked, “I'm kind of an amateur at this Father's Day thing,” adding that his wife probably has the whole day planned, but he just wants to spend the day “hanging out with my ladies.”

Kiley said these days his “whole life revolves around my little girl,” sharing that things can get a little messy now that she is eating solid foods. “We spend our mornings trying to eat some oatmeal and then she will spit it on me and laugh and she thinks it is hilarious when dad is covered in oatmeal in his beard and everything.”

The Muscle aka Keaton Hoskins is looking forward to a fun day out with his daughters Tea, 5, and Cali, 2.

“I have a really big boat and I like to be on the lake most of the time, that is my relaxing for summertime, so I most likely will be on the lake with my daughters,” he said.

While the girls have grown up around the shop and the TV show, Hoskins said his older daughter Tea isn't showing a keen interest in mechanics just yet, but she is very specific about what kind of truck she wants when she is 16… a really big white and red Denali!

Meanwhile, little sister Cali could be following in her dad's footsteps. She loves to get her hands on more advanced toys so she can “take them apart and put them back together.”

Red Beard, real name Josh Stuart, has the whole weekend planned out. First golfing on Saturday with a friend, then Sunday with wife April and the kids, Rad, 7, Wolfgang, 6, Luna, 4, and Soleil, 2. 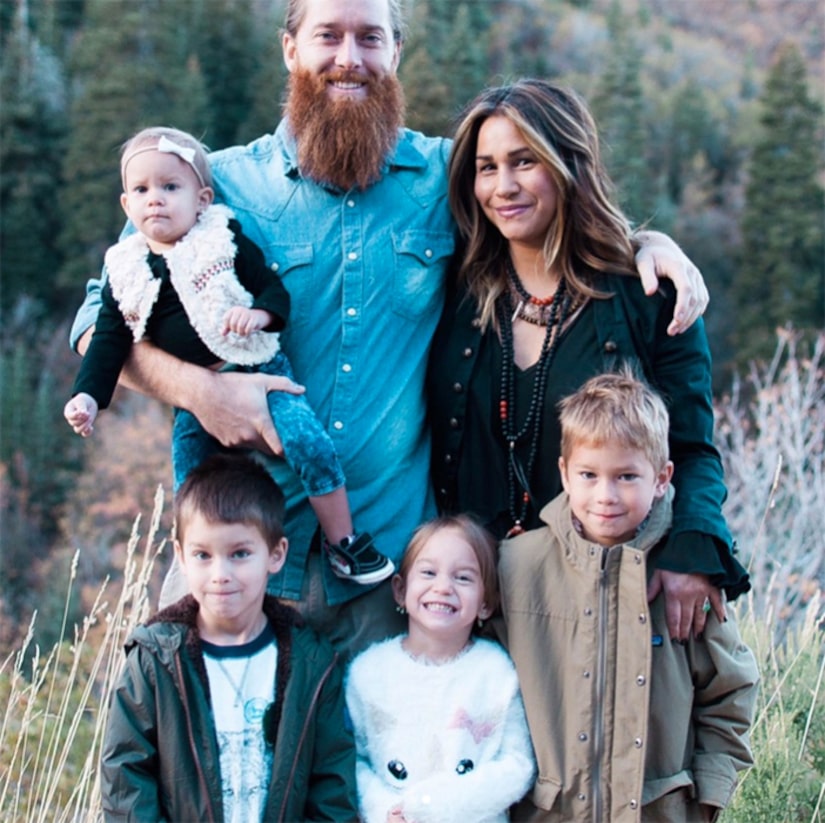 He admitted his favorite thing is when the kids make him a “terrible breakfast in bed,” which usually consists of “toast with unmelted butter on it, some scrambled eggs with some shells in it, and maybe I'll get – if I'm lucky – some overcooked bacon and some juice… that is about the extent of the their skills.”

Red Beard said his kids love coming down to the shop, but they aren't impressed with the TV aspect of it all. When he tries to sit down to watch “Diesel Brothers” with the family, they ask to watch something else!

He's also got his work cut out for him if he wants to impress Wolfgang, who is “a little disappointed that I have been unable to build a Transformers truck… I'm kind of failing in his eyes right now because I haven't been able to deliver a truck that turns into a robot.”

The crew is following up the holiday weekend by dropping a two-night special, which launches Monday. While it comes on the heels of Father's Day, it is Heavy D's wife Ashley who gets a big surprise.

With baby Mack on the way, the team decides to overhaul her Jeep Grande Cherokee as a bit of a push present. “It was much more of a surprise than an oil change, which she thought she was getting,” Hoskins said, adding, “She loved it!” Watch the exclusive clip as Heavy D explains the plan to the others.

The rest of the episode is all about Major League Baseball, as the gang heads to Detroit to trick out a 2016 Chevy Silverado for Tigers superstar Miguel Cabrera's foundation and to meet up with MLB Network analysts Hall of Famer Pedro Martinez and former All-Star Carlos Peña.

Check out the sneak peek below!

Diesel Dave gushed, “We finally got to go live our childhood dream of being professional baseball players. It turns out we don't really have what it takes but we are good at making extremely fun vehicles.” He revealed that the team built two baseball-themed UTVs to be placed on display at MLB All-Star FanFest. One is made for muddy and swampy terrain and the other is a bit more for show.

The star added that he loved hanging with Peña, “I am mostly excited for the world to see Carlos Peña take the Brodozer over a car in our parking lot like a monster truck. I don't think he knew I was hanging off the back!”

It was the experience of a lifetime for Heavy D, who got to throw the first pitch at a Tigers game, but it was nerve wracking too, “There is nothing worse than getting ready to throw a first pitch and having your friends show you the YouTube compilations of celebrity first pitch fails… you only have one shot and anything can happen.”

Luckily for Heavy D, he sent “it right down the middle!”

Catch the two-night special on Monday, June 19 and Thursday, June 22 at 9 p.m. on Discovery.