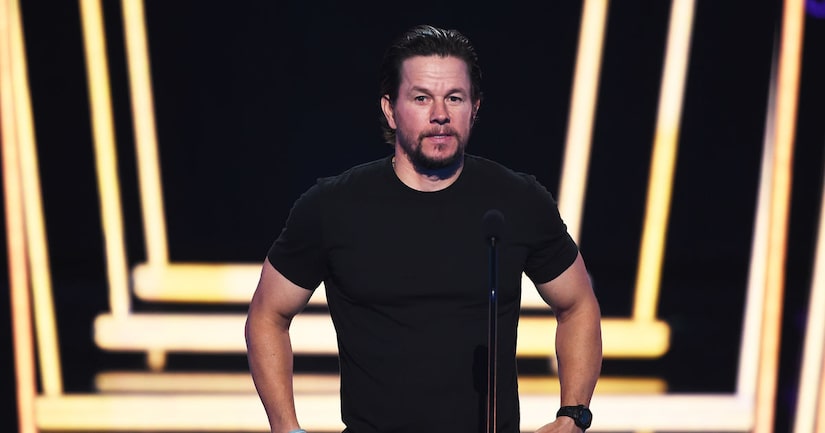 Action star Mark Wahlberg is ready to save the day again in “Transformers: The Last Knight.” Along with promoting the newest film in the “Transformers” franchise, Mark sat down with “Extra's” Terri Seymour in London to talk about being in the city during a troubling time, getting fit for the movie, and who he wants to have at his next dinner party.

Days after the deadly highrise fire and terrorist attacks on London Bridge, Wahlberg was in London, where parts of the movie was shot. He reflected, "They kind of, you know, they obviously had to deal with this sort of thing for a long time, years ago, so the way that they've kind of continued to always come together and stay strong, it's… it's amazing and it's inspiring, you know, to just kind of drive down the street and see that people, you know, won't be told [how] to live their lives. They're still out at cafes, you know, and going to places and doing things — it's pretty remarkable here, the strength and resilience here that they show.”

On a lighter note, Wahlberg also showed his body's strength, revealing how he got in shape for the movie in just three weeks, right after wrapping “Patriots Day.” He said, “I was getting as out of shape as possible for 'Patriots Day' and then I had three weeks before I started this, so when Michael [Bay] first saw me, he was like, 'Dude, you look bad,' so I was like, 'Don't worry, I'll be in shape.' I was just running every day and training… just living clean, 'cause, you know, you've gotta be able to get up every day and do this sort of thing and, you know, you go out at night and start drinking, it's a problem.”

Mark even did some crazy stunts in the film, saying, “The worst thing for me is being in a harness and anything that's spinning is definitely going to get me sick if I do it for too long.”

As for how complicated his character Cade is this time around, he explained, “Basically, he had to make kind of a big decision in kind of leaving his life and leaving his daughter so she could kind of go back to normal society and exist without being chased, so I'm kind of now on the run, on my own, and then I get dragged to England by Sir Anthony Hopkins' character and kind of put together with this female professor from Oxford, and basically I'm a fish out of water. Us dealing with each other, it makes for a lot of great humor, and then I was kind of sent on this mission… to help save the world, bring the Transformers back together.”

The 46-year-old recently revealed that he and wife Rhea love to throw dinner parties. Who would love to be his next guest? He dished, “Anthony Hopkins and I were trying to have dinner 'cause he, he lives in Malibu and we had such a great time together and got along so well. So, him at some point for sure.” 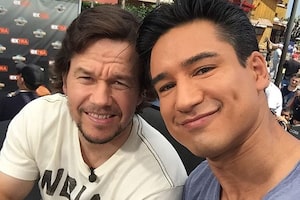 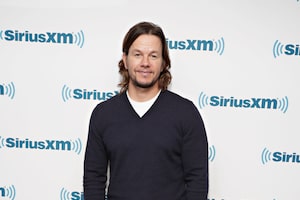 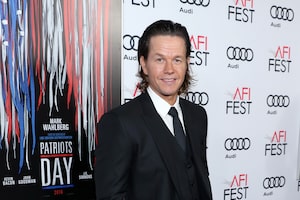