On Wednesday, Pressly took to Instagram to reveal that she and longtime boyfriend, shoe store owner Hamzi Hijazi, will be welcoming twins in the fall.

Along with a pic of her pregnancy test, she wrote, "Big news for our family! Demi's going to be a big brother, times 2!”

She opened up on her reaction to the pregnancy news, telling People magazine, "Twins don't run on either side of our families so we were completely shocked. This wasn't IVF or anything like that. It was just a shock, and I'm like, 'Doctor, that's impossible!'”

While it was a surprise, Pressly and Hijazi, who have been a couple since 2011, have been trying "for quite a while." She went on, "I've always wanted three kids, and the older I'm getting, I'm like, 'Okay, maybe just one more would be nice.' I was getting a little sad, but it was like, 'We'll give you two in one. You don't have to do another pregnancy.'”

She is also a mom to Dezi, 10, with ex-fiancé Eric Calvo. As his reaction to being an older brother, the 39-year-old dished, "He's been begging Hamzi and I to give him a sibling since he was in kindergarten. He's very patient and sweet and gentle and is going to be the best little babysitter ever. He's constantly kissing my belly."

Following Dezi's birth in 2007, Jaime underwent a mastectomy after being diagnosed with mastitis. How is this pregnancy different? She revealed, "I'm 10 years older than I was the last time [I was pregnant], so the pregnancy is completely different. They've been doing like, river dance on my uterus! I'm excited to do this 10 years later when I'm older and wiser and more calm. It's going to be a totally different experience, but a great one. I'm so excited for it!”

During a 2014 interview on “The Talk,” she revealed, "When I had my son, I got mastitis, but I didn't know, because I thought it was just regular breastfeeding pain. [I had] almost [a] full mastectomy. I still have some breast tissue left, just from the mastitis, because it mutated into something else, because it sat dormant for a while. But it was the craziest thing. Thank God it wasn't [cancer]." 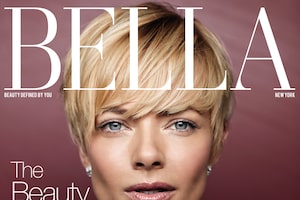 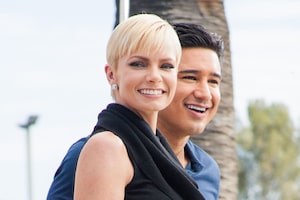 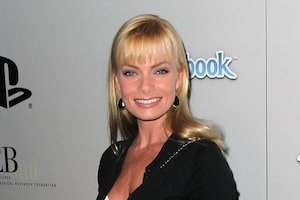 Join Jaime Pressly and the Rouge Follies for a Vaudeville Variety Show!