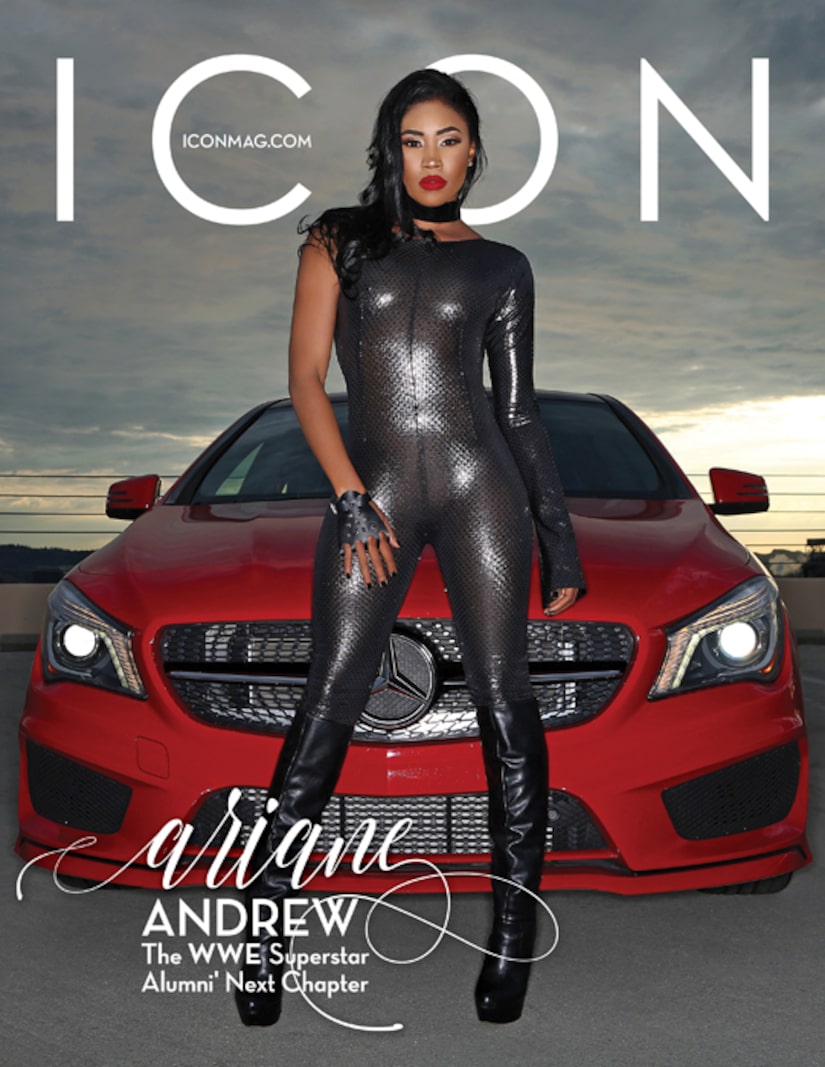 Ariane – known in WWE world as Cameron – spoke to Icon Mag about exiting the organization, and what the future holds.

“As far as I am concerned WWE and I parted on good terms,” she explained. “I have no ill will towards anybody there. I am grateful for my time as a WWE talent. I appreciate all of the love and the hate I have received over the years from the WWE Universe. No matter what was said about me I appreciate their candor and their passion for the business.“

Andrew confirmed, “I would definitely love to come back in the future to show the WWE Universe my full potential. I like to say this isn't goodbye but more like see you later. There will forever be a chip on my shoulder. Maybe one day I will be able to prove myself to the WWE Universe.”

After leaving WWE, Ariane landed her first national commercial and is now the “go-to girl" for daytime talk shows and news segments about fitness. The star teased an upcoming TV gig, saying, “Without giving away too much, let's just say you will be seeing a lot more of me on TV soon. I am definitely very busy, but must say I am very blessed.”

Ariane is also giving back with a fitness class that benefits the Union Rescue Mission on Skid Row in L.A. The first class launches June 3. Get all the details here.

Click here to buy a copy, and check out IconMag.com for more!