The actress told Mario her “sassy” daughter, who is nearly 4, isn't that into dance just yet, despite Jenna and husband Channing Tatum's dancing careers.

“I want to, but I'm trying not to be too much of a dance mom,” she said. “I really want her to settle into it, but she was not into it for a while. She likes her gymnastics, and then one day she said, 'Okay, I think I really want to dance.'”

Jenna continued, “I rushed there so fast, I was in my car, I got everything there, we were ready to go. It was a hip-hop and ballet class, such a cute fusion. They were doing MC Hammer.”

Dewan Tatum is making her TV host debut on “World of Dance,” saying, “I'm the host and mentor, so I host the show. But what's exciting to me is that NBC also... they're redefining the whole... I mean, I've never done this, this is hard. If you want me to host, I think we should incorporate my love of dancers and being able to work with them, and they were so into that and wanted it to be for dancers by dancers in the show. So I got to be there like their cheerleader/mentor helping them.”

Mario asked if any of the judges – J.Lo, Ne-Yo, or Derek Hough – are anything like Simon Cowell, who tells it like it is.

“He's not necessarily Simon, but Ne-Yo, he was the harshest, he expected the most… he was meticulous. We were like, 'Oh my gosh amazing!' and he was like, 'Not good enough for a million dollars.' We were, 'Okay.' It was good though, because backstage all the dancers got super into it, and they said, 'Well we've got to raise our game.' He gets a bad rap for being the mean judge, but he really has just high expectations.”

The show is giving away a big cash prize. “Looking for the best in the world... dancers all over the world from; Colombia, Norway, the U.K., the best of the best, and they're all going on our stage and we're going for the best... and the winner gets a million dollars, which is absolutely insane.” 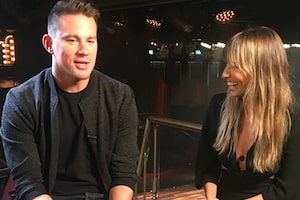 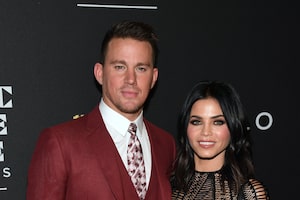