Check out a fun clip of the “Love Actually” cast revealing who they would like to play them if a remake was made!

Some of the stars to appear in the clip include Liam Neeson, Keira Knightley, and Bill Nighy.

The cast recently reunited for a mini-sequel for Comic Relief’s Red Nose Day campaign. To watch the full short, tune in to NBC’s Red Nose Day special on May 25. 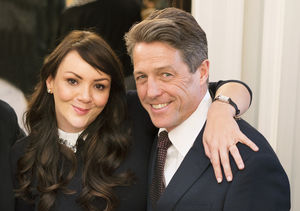