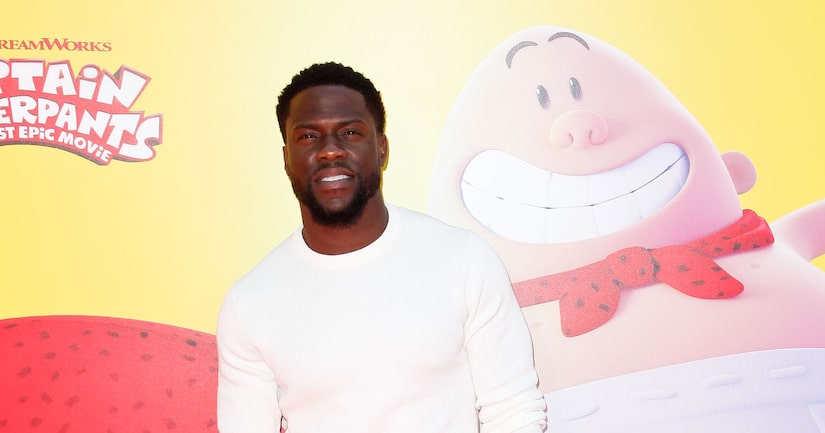 It was a family affair for comedian Kevin Hart, who brought his son Hendrix to the premiere of his new movie, “Captain Underpants.”

“Extra's” Mario Lopez also brought his family, including his two kids Nico and Gia, who helped him with some interviews. Mario caught up with Kevin and congratulated him on the big news that his wife Eniko Parrish is pregnant with their first child. The couple recently took to Instagram to announce they are expecting a baby boy. Kevin told Mario, “The wife is great, man. She's ecstatic right now... we've got a new addition to the family. We're hyped about it.”

Though his son and daughter Heaven have names starting with H, Kevin gave a little hint on what he would name his baby with Eniko, saying, “You know what? Right now, we're gonna go K.”

The animated movie centers on two pranksters, who hypnotize their school principal into becoming a half-naked superhero. To celebrate the movie's release, Mario and Gia had to have a little fun telling jokes with Kevin and Hendrix, check it out! 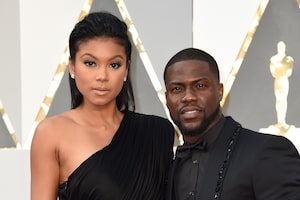 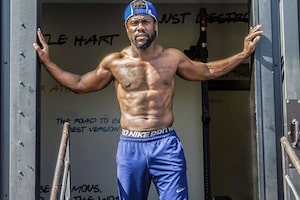 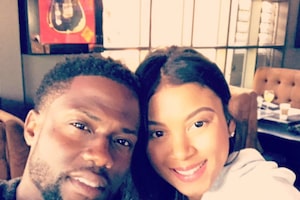 Kevin Hart & Eniko Parrish Expecting — Is It a Boy or a Girl? 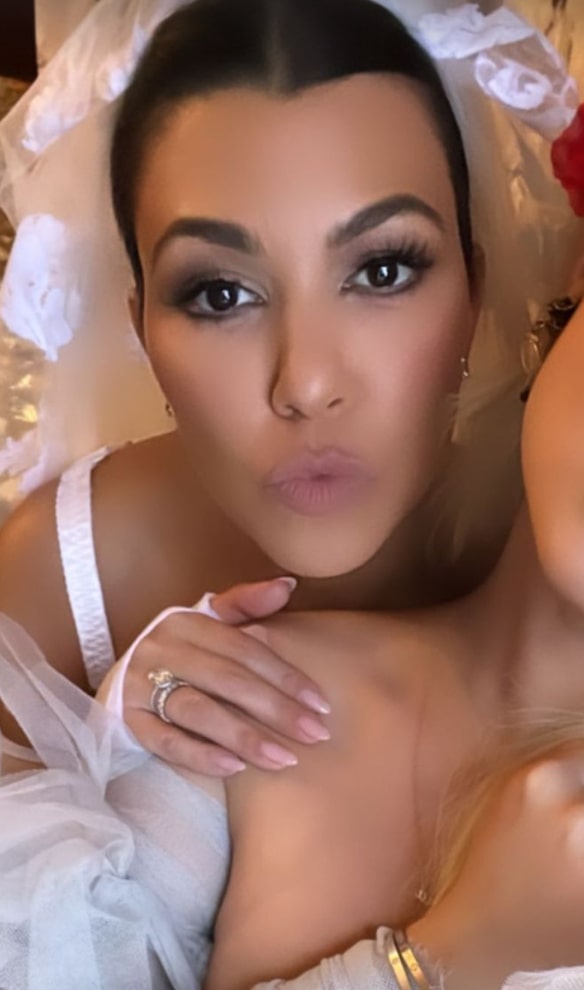