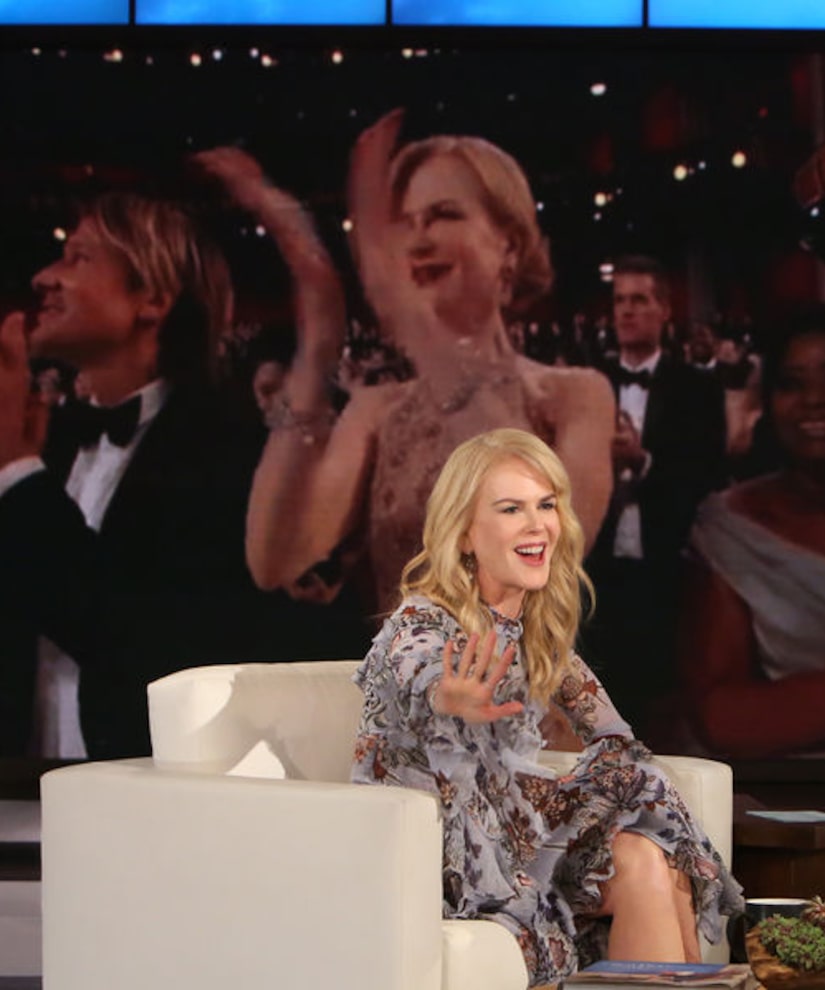 Actress Nicole Kidman sat down on “The Ellen DeGeneres Show,” where she finally demonstrated her real clapping style.

In March, Kidman made headlines after cameras captured her clapping like a seal at the Oscars. While chatting with Ellen, the 49-year-old quipped that she's “worked on” her normal clapping technique.

Of the gone-viral moment, she laughed, "I do not clap like that — that is a weird lens.” Watch!

Ellen joked, "How can you make any noise like that? You're not even really clapping!”

Kidman elaborated, “Because it's the Cinderella thing — you borrow these expensive jewels and I'm like, 'You must not damage these diamonds!' And they went back beautifully intact, not a scratch on them.”

Along with clapping for the audience, Nicole also expressed her excitement over turning the big 5-0 next month and the success of the first season of her hit show “Big Little Lies.”

Two months ago, Nicole spoke about her Oscars moment on radio show "Kyle & Jackie O,” commenting, "It was really awkward! I was like, 'Gosh, I want to clap, I don't want to not be clapping.' Which would be worse, right? 'Why isn't Nicole clapping?' So therefore, I'm clapping, but it was really difficult because I had a huge ring on that was not my own, but it was absolutely gorgeous, and I was terrified of damaging it."