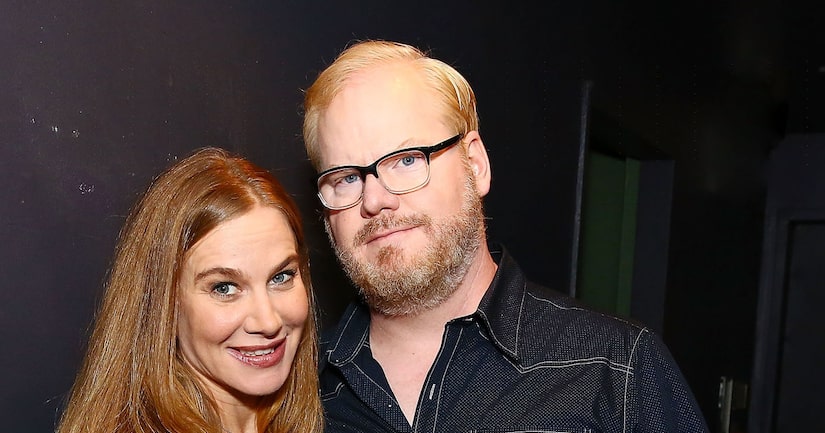 Comedian Jim Gaffigan took to Facebook to open up about his wife Jeannie's risky brain surgery.

He wrote, "Two weeks ago an MRI revealed @jeanniegaffigan had a large tumor around her brain stem that was life threatening. After nine hours of urgent surgery the tumor was completely removed.”

Since the operation, Jeannie has been "recovering at home.”

Jeannie also posted a pic of herself in the hospital, writing, "I'm coming back! Thanks for your prayers. I'm alive!”

Jim and Jeannie, who are writing partners, have been married since 2003. They share five kids together – Marre, Katie, Jack, Michael and Patrick. He recently shared with People magazine, "Our relationship has always been – ever since we first started dating – it's been collaborative. So we've always had this similar work ethic where we don't really view it as a job. And it doesn't happen in a set or even a scheduled time, it's an ongoing discussion.”

The two recently worked together on his “Cinco” album, which drops in June.