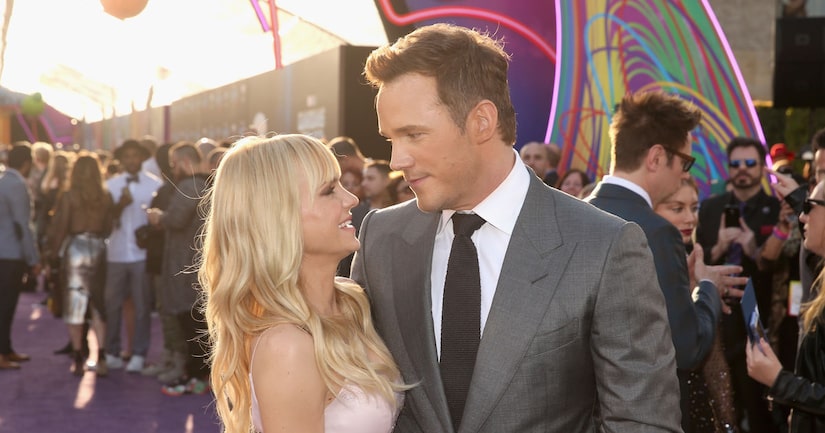 The Twitterverse couldn't get enough of Anna Faris' live tweet yesterday leading up to the “Guadians of the Galaxy Vol. 2” premiere.

The actress gave fans an inside look at her life with hubby Chris Pratt and son Jack… everything from raisin toast to Jack peeing in the yard.

One post featured a shirtless Pratt shaving while wearing some type of under-eye mask. The caption said it all: “Now it's getting real. Chris may be annoyed. 403pm.”

When “Extra's” Mario Lopez caught up with the couple at the Hollywood premiere, Chris explained the funny photo, joking that he gets bags under his eyes “filled with Diet Coke,” so his team “stuck that on there to suck the juice out.”

He added, “Usually that's reserved for behind the scenes but my sweet darling decided to do a photojournalist experiment.”

Now it's getting real. Chris may be annoyed. 403pm pic.twitter.com/67qMmlTdCO

Watch the video for more with Chris, Anna, and the cast of “Guardians”!

“Guardians of the Galaxy Vol. 2” opens nationwide on May 5. 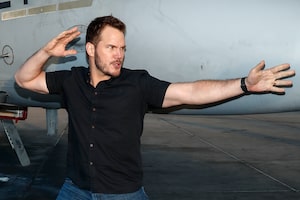 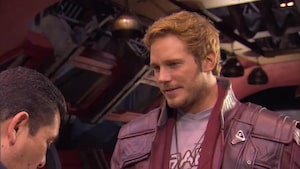 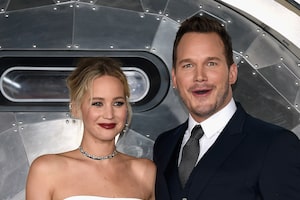