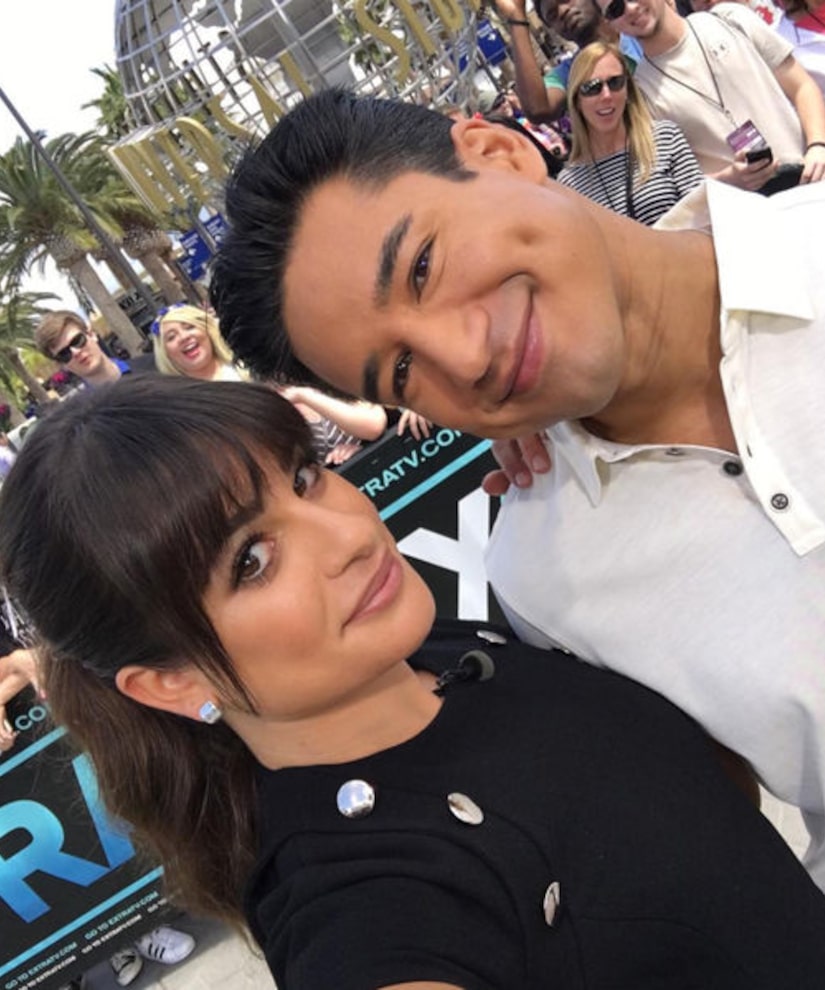 Lea Michele has new music and is heading on tour!

“Extra's” Mario Lopez caught up with Michele at Universal Studios Hollywood, where she looked fabulous in Michael Kors. Lea admitted her back was covered because she just had cupping done. “I actually got cupping the other day all the way down my back… I love it, but it's a little scary to the eye, so I made sure to cover up today. I like always trying all that weird stuff.”

Check out our gallery of stars, who love cupping!

The “Scream Queens” and “Glee” star opened up about her new album, “Places.” “I've had the time now to really think about who I am. I come from New York and performed on Broadway, so there's a real theatricality in this album… it's a little scary for me, it doesn't sound like anything else.”

She said she's greatly influenced by Celine Dion and Barbra Streisand. “It's just me standing and singing, I feel like I have a really big voice.”

Lea added, “It's about showtime, that's why we started with concerts right away.” The singer begins touring next month for “An Intimate Evening with Lea Michele,” in which she will sing songs from this album, her first album, and “Glee.” “I really open up.”

She's playing coy regarding her personal life and dating game, saying, “Come see my concert and maybe I'll talk about it there.” Dishing on what she likes in a man, she said, “funny,” adding, “I like tall people.”

The 30-year-old's body is looking better than ever. She told Mario she likes to switch it up when it comes to working out, saying she likes to be outside. “I went on a trip with some of my girlfriends. We did yoga paddle board, in the water, that was like incredibly difficult, but really fun. I hike, I do hot yoga, I like to switch it up. I incorporate my friends so I don't get bored.”

Lea also told Mario that in her free time she loves to binge-watch shows. “Right now I just finished 'Big Little Lies,' I watch 'The Fall,' I'm watching 'Peaky Blinders,' I'm watching 'The Missing,' I'm like a TV junkie.” And she is still a huge fan of reality TV, saying she LOVES “The Bachelor” and “Bachelorette.” "I am really excited for this season, but I just love 'The Bachelor,' I love 'Bachelor in Paradise,' I love it all."

She said she is watching Nick Viall on “Dancing with the Stars,” and “Heather Morris, which is so exciting, Erika Jayne, all the reality people and Heather, I'm so torn.”

Catch Lea when she kicks off “An Intimate Night with Lea Michele,” in Philadelphia May 1.