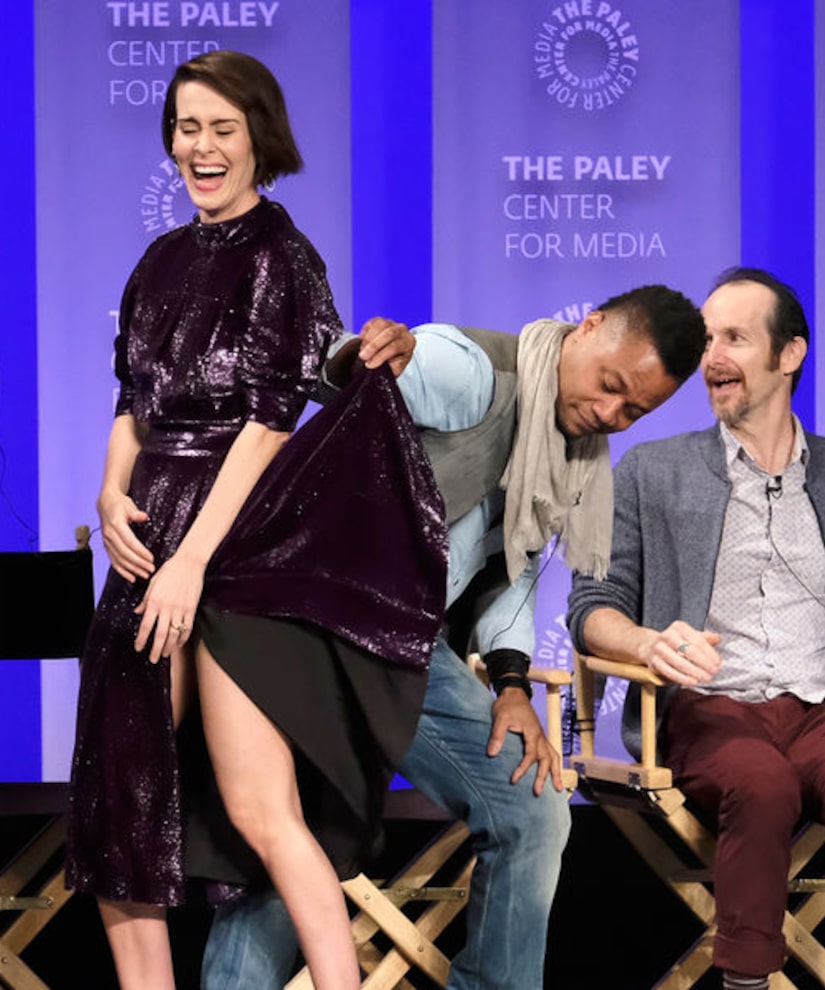 Cuba Gooding Jr. is speaking out about the controversy he sparked after lifting co-star Sarah Paulson's skirt during an “American Crime Story” PaleyFest panel.

Cuba, who was the subject of tons of social media backlash, told “Extra” on Thursday, “It's funny, I tell my sons all the time any image on the Internet can be interpreted any way."

He continued, “We have a very playful banter. I respect her for the actress and the lady that she is... in that instance of us ribbing and playing with us it was misinterpreted on a sexual level, which was horrible… you can't control the images, but you can control who you are, and I know my relationship with her; it's a wonderful one.”

The actor, who was at FX's upfront in NYC, said he did talk to Sarah once he saw the reaction online. “I immediately sent her a bunch of texts and she said, 'I love you, too.'” Laughing, he said he is worried about Sarah getting him back. “Oh, yeah, every day.”

Both actors were on hand to promote the next in the “American Crime Story” series, this one based on Hurricane Katrina. Cuba explained, “Any project that you can do with a producing team that is such a stickler to detail, you know that you're going to make a statement that's going to shock people and rock them to their core, because you will see truth and that again is what we are creating right now. I mean, I just can't wait for the world to experience the spectacle that will be the next season of 'American Crime [Story].'”