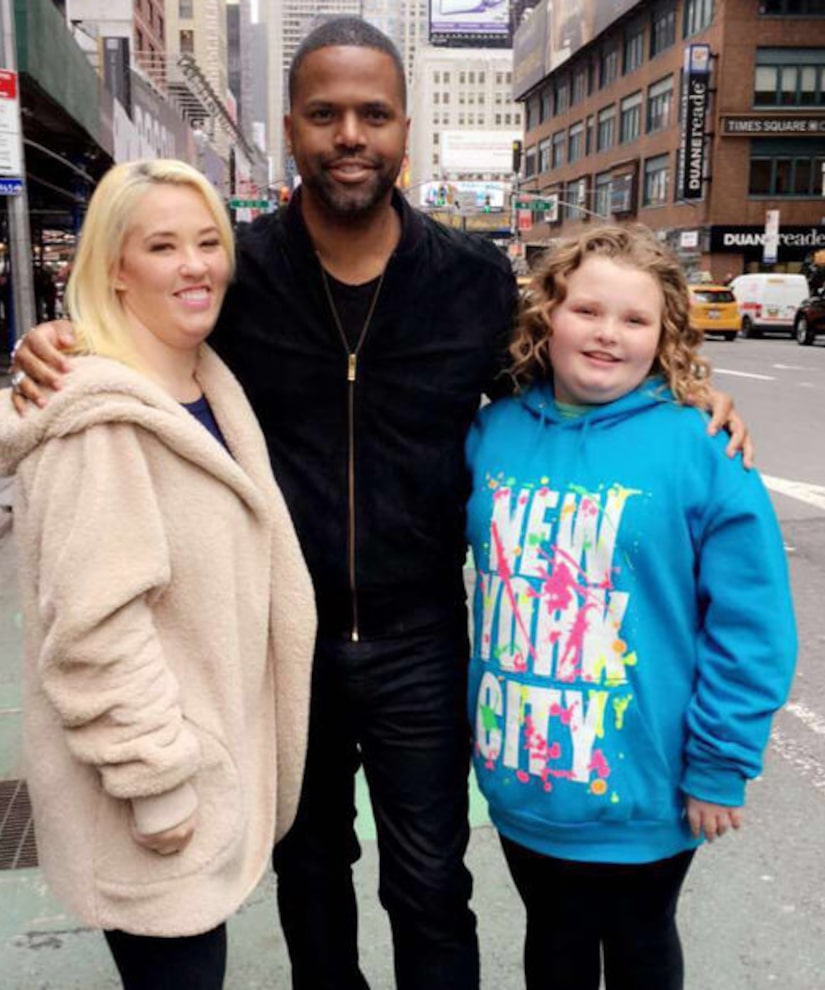 Mama June went from not to hot, and now she is telling “Extra's” AJ Calloway what she is looking for in a man — as well as what her relationship is like with her ex, Sugar Bear.

June was in NYC with AJ showing off her transformation after undergoing weight-loss surgery, skin removal surgery and breast augmentation. “They took nine pounds, almost, off my stomach as skin,” she said, letting AJ feel her tight tummy after her 300-lb. weight loss.

June is happy with the results, saying, “What I look like on the outside now is what I felt on the inside for many, many years.” The reality star said she always wanted to lose weight and was motivated after her breakup with Sugar Bear. She is single, but told AJ the dating scene is “Not happening.” As far as what she is looking for in a man, she revealed, “Somebody that isn't worried about my celebrity status,” adding, “That wants to be there for me and my kids, love my kids no matter what. I'm big on my kids; my kids are with me 100 percent of the time. It has to be my best friend, my partner in crime, someone I can get crazy and wild with. I'm not no goody-goody girl, I can promise you that.”

June said Sugar Bear, who married his girlfriend of a year, Jennifer, in January, is not in their daughter Alana's life and she hasn't heard from him since her transformation was revealed. “Sugar Bear is not involved in the picture,” she said.

Mama June says fans are finally getting a look at what he is really like on their reality series. “What you're seeing Sugar Bear now is what I deal with every day with Sugar Bear and Jennifer… He's not involved in Alana's life. I'm not here to bash him — it is what it is.”

The season finale of “Mama June: From Not to Hot" airs Friday on WE tv.