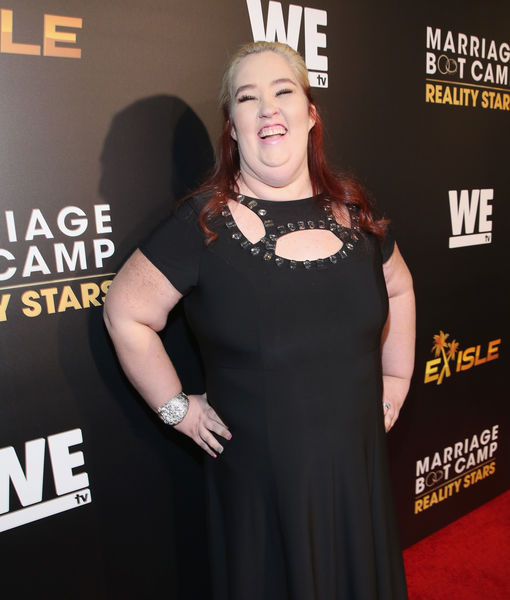 It is the moment Mama June fans have been waiting for… her big reveal. See what she looks like now!

The 37-year-old has been sharing her weight-loss journey on the WE tv docudrama “Mama June: From Not to Hot.”

On Friday night's episode, she finally revealed her jaw-dropping transformation.

From Not to Hot. 🔥🔥🔥 #MamaJune pic.twitter.com/YGL1JxwKxO

The reality star reportedly weighed 460 pounds at her heaviest, before a gastric sleeve procedure and skin removal surgery.

See more of Mama June's new look in a sneak peek for next week!

Thanks for watching #FromNotToHot with us! See #MamaJune show Sugar Bear what he's missing next week! pic.twitter.com/Y4pQU8W2nJ

John Mellencamp Moves on From Meg Ryan — Who’s He Dating?

John Mellencamp Moves on From Meg Ryan — Who’s He Dating? 6

Alex Rodriguez Opens Up About Kobe Bryant’s Death: ‘I Don’t… 10