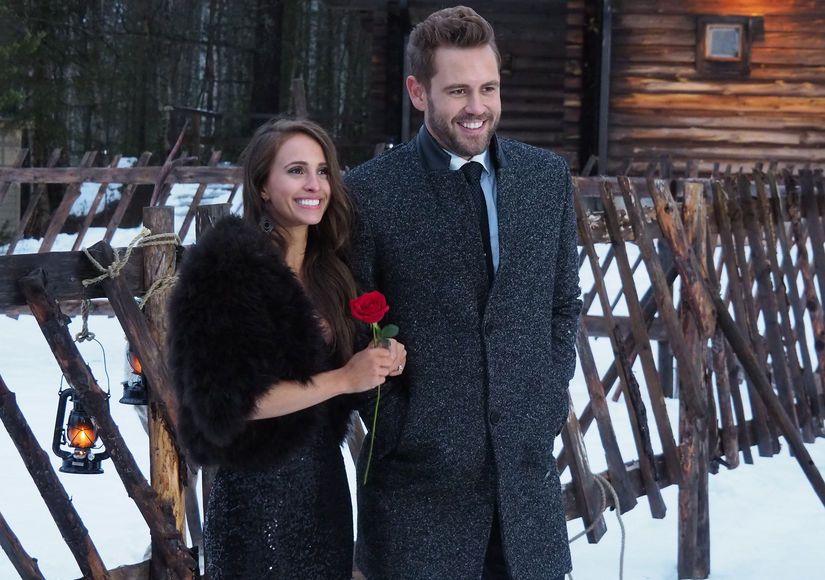 Nick Viall put a ring on it last night, getting down on one knee to propose to Vanessa Grimaldi on the season finale of “The Bachelor.”

Earlier today, “Extra’s” Renee Bargh spoke to the engaged couple, with Vanessa flashing her new nearly four-carat sparkler, estimated to be worth $100,000. The two, who can finally go public with their relationship, celebrated the big night. Nick dished, “We finished dinner and we hopped in an Uber together and that was super bizarre.”

Breaking news on their “I dos,” the couple said they haven’t started wedding planning just yet. Nick commented, “Who knows? Maybe we'll have a great week and get married next Friday.” Vanessa joked, “Vegas, here we come!”

The big question: Are they planning on having a family? Vanessa shared, “We know we already both want kids.” Nick chimed in, “We've gotten that far — lots of safe practice.”

Nick and Vanessa also opened up on why their relationship hasn’t been easy thus far. Viall admitted, “It’s not easy building a relationship while dating other women, and then having to relive that, and that's just been really our entire relationship so far.”

Some observers have said the couple’s behavior on last night’s “After the Rose” special was awkward. Nick pointed out about the nature of their relationship, “So to suggest there've been some hard moments, it's like, ‘Surprise!'”

On the heels of the season finale of “The Bachelor,” Nick is getting ready to show off his dance moves in pursuit of the mirror ball trophy with his partner Peta Murgatroyd on “DWTS,” joking he has "white-man wedding moves.” He promised, “My electric slide is so good."

Vanessa joked that he has to ice down his hips. “And when I say my hips are tight,” Nick elaborated, "I don't mean, like, ‘Tight, bro’ — they're super tight and I feel like they may snap at any point." 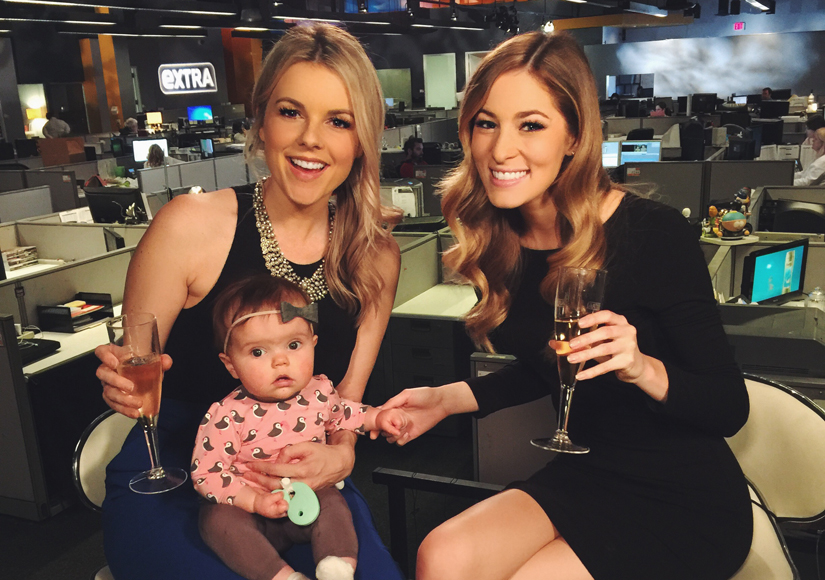 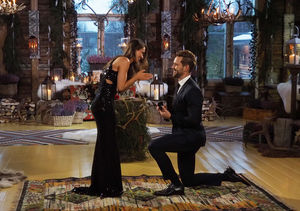 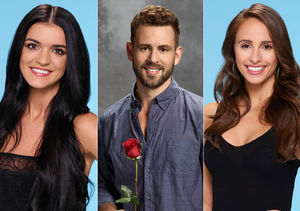