Just days after revealing why she came out, Kristen Stewart sat down with “Extra's" senior music correspondent Adam Weissler to chat about her social life!

Though Stewart tries to keep a low profile when she's not gracing the red carpet, she joked, “I'm so social! I'm like a social butterfly.”

Kristen does not have a public Twitter or Instagram, but she is still glued to her phone. She explained, “If I think of anything that inspires me… until you've told your friends you did that, it doesn't quite exist yet. It's more satisfying for it to exist with someone. That's not necessarily a bad thing, as long as it doesn't becoming menially distracting.”

In real life, Kristen is in tune with the world, but shooting her new thriller "Personal Shopper" was a different story. While sitting aside director Olivier Assayas, she explained, "Having so many internal thoughts and unidentifiable feelings in the most externalized distracting populated areas, you couldn't feel more isolated.”

Just hours before shaving her head, the 26-year-old also chatted about her character in the movie, which hits select theaters today.

The two first worked together on their 2014 film "Clouds of Sils Maria.” 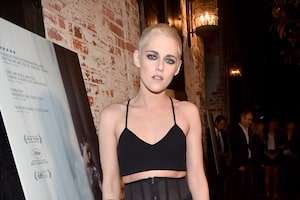 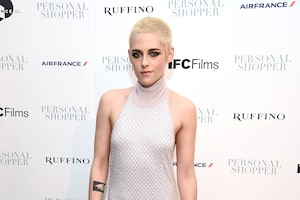 What Kristen Stewart Just Revealed About Her New Buzz Cut