In the new issue of People magazine, Lake revealed that Evans killed himself after losing his battle to bipolar disease. Two days before he was found dead in his car with a self-inflicted gunshot wound, he emailed a suicide note to his sister, who texted Lake. She said, "I knew right then that he was gone. Everybody thought he was missing, but I knew.”

“The struggle was just too much for him,” Lake shared. “He did the best he could.”

As for why she is telling his story, Lake explained, "I have to spread the word about recognizing this disorder and getting treatment as soon as possible. Christian didn't want to be labeled as bipolar, but he admitted he was in the note he left. That was him finally owning it. That was him giving me permission to tell his story.”

Lake and Evans started dating in 2010 and married two years later. She didn't witness his bipolar episodes until 2014. She shared, "I didn't know what the hell hit me, because I didn't know what it looked like, so I didn't see it coming… It was horrific. He just wasn't the person I had been with for four years.”

Though they divorced in 2015, they continued an amicable relationship, even moving back in with each other. Ricki revealed, "He wasn't stable, and he was so fragile. But I was still in love with him, so there was something romantic about it. I wanted to save him.”

Ricki plans to scatter Christian's ashes in Ibiza at their favorite beach. She elaborated, "I am going to try my best to honor him by living a full and happy life." 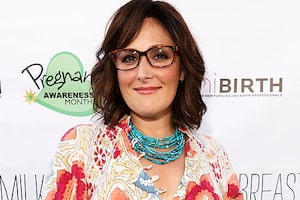 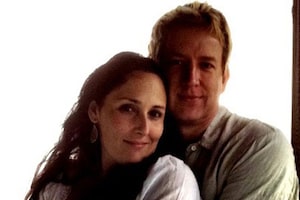