Chrissy Metz is celebrating brighter days as one of the stars on the critically acclaimed “This Is Us.” Metz went through some extremely tough times before landing the role that changed her life.

Metz appeared on Amazon's “Style Code Live,” where she shared the trials she faced right before landing the role of Kate. “What happened was, 'Oh no, that check was already spent.' Then there was a whole year, I think I had two auditions between 'Horror Story' and then 'This Is Us.' You know, slim thick is for a big girl, so that was me. Literally going to the second testing of the show, 81 cents. I couldn't even pay to park! Melissa McCarthy, Gabby, Rebel, all paving the way before I even came on the scene. Yeah, well listen, comedy stems from tragedy. Hello, I have nothing else to say. Goodbye!”

Chrissy also dished on her boyfriend and how they met. “He's so sweet, he's the best,” she said. “Literally he is. I was telling a friend that he put a little note in my clutch for the Globes. He's like, 'You've already won, just have a great night, I love you.' Like stopppp, it's real. Well, he's a camera grip actually on our show, that's where we met. I hit on him first. So he was eating something and I was like, 'You better slow down or you're gonna choke!' I'm a classy broad. Then I said, 'The real question is hard shell or soft shell taco?' And he's like, 'Hard shell.' I'm like, 'Soft shell, we can share. Let's go!'"

Catch the highly acclaimed “This Is Us,” Wednesday nights on NBC. 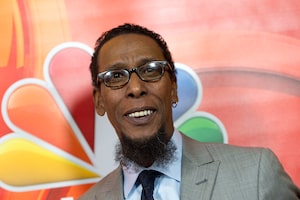 ‘This Is Us’: This Is a Major Tearjerker! (Spoiler Alert: We’re Still Crying) 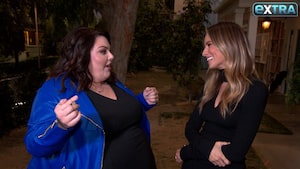 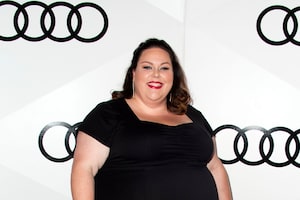