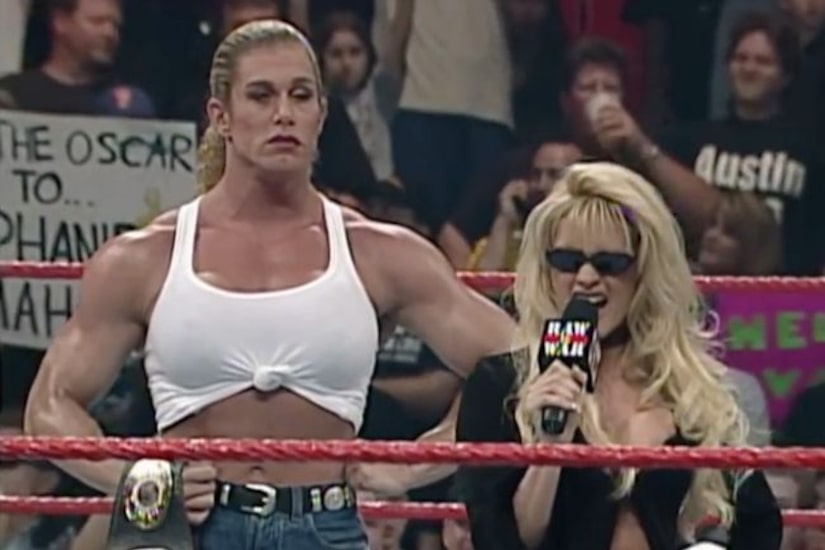 WWE wrestler Nicole Bass has passed away at the age of 52.

On Thursday, Nicole's girlfriend Kristen Marrone confirmed her death on Facebook, saying, "A few days ago Nicole got very sick. She was brought into the hospital and they did everything they could to help her. I have been sitting here with her in the room 24/7 since she got here making sure she was being given the best possible care. Today we learned that there is nothing else that can be done.”

"Nicole was an amazing woman. Strong not only on the outside but inside as well. Beautiful soul and kind heart. Many people knew Nicole but few ever got close enough to know the REAL woman that she was. I got to be one of the lucky few,” Marrone continued. "Not only was she my soul mate and my girlfriend but she was my best friend, my teacher and my business partner.”

While asking for privacy, Marrone also wanted everyone to "treat Nicole with the dignity and respect that she deserves.”

Though the cause of death is unknown, it has been rumored that Nicole may have suffered a heart attack.

Before dating Kristen, Nicole was married to Robert Fuchs, who died of a heart attack in 2013.

Bass, a former bodybuilder, was known as a frequent guest on Howard Stern's radio show.