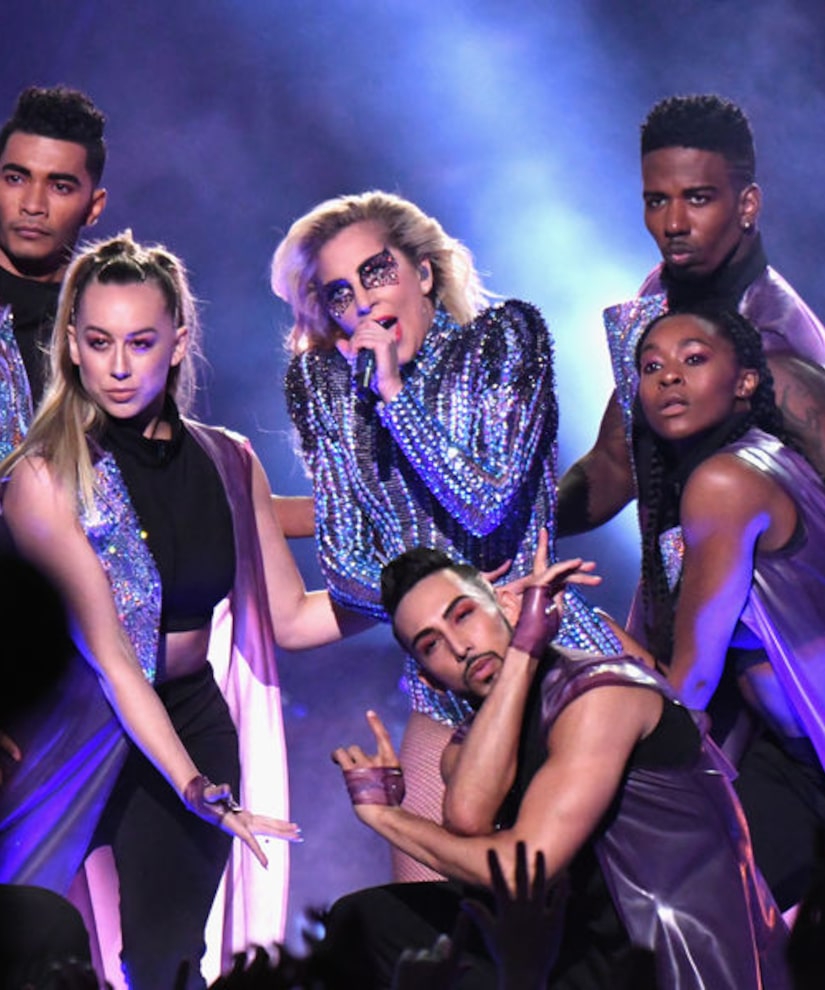 Lady Gaga kept her promise, delivering a halftime show for Super Bowl LI that was long on showmanship and hits, and that did not include any political statements — at least nothing overt.

Backlit by red, white and blue lights held aloft by drones, she kicked things off from high atop NRG Stadium in Houston, singing — in one of her familiar "The Fame"-era, shoulderrific looks — a mash-up of "God Bless America" and "This Land Is Your Land." She then recited a brief passage from the Pledge of Allegiance, stressing the phrase "for all" in the line "with liberty and justice for all," which may have been a subtle reference to protests that have happened in the U.S. for three weeks straight.

Gaga then descended to a raised podium far above her tour-ready stage via zipline to a brief snippet of her hit "The Edge of Glory," which bled into a meaty performance of "Poker Face." Ending that song abruptly, she dove off the podium and descended, again via zipline, to the main stage, breaking into a spirited performance of her #1 smash "Born This Way," backed by a posse of dancers.

It was probably the first time someone encouraged the audience to "just be a queen" and advocated, however musically, for "gay, straight or bi, lesbian or transgendered life" at the Super Bowl.

Gaga segued into a solo rendition of her smash "Telephone," which could have been a good opportunity for a Beyoncé duet — but the newly pregnant Queen Bey was nowhere to be seen, allowing Gaga to carry her halftime show without the participation of any other A-list artists.

In a spiky gold number and playing a keyboard, Gaga then belted out "Just Dance," her first-ever hit, before settling down at a piano to belt out her recent single "A Million Reasons."

At the end of the ballad, she walked down and hugged one of the young women holding aloft lights before doing a very quick change while her stageful of dancers covered for her. Emerging in silver hotpants and a white crop top styled to resemble football shoulder pads, Gaga ended her spectacle with yet another past #1 hit, "Bad Romance."

She finished the triumphant performance by shouting, "Super Bowl 51!" and spiking her mic just in time to make a "sweet grab" of a football tossed in her direction and dive into the crowd. After her 13-minute performance, a "very emotional" Gaga reportedly "dove right into her sister's arms," according to Billboard.

Following the game, she also announced she was going on a world tour for her recent album "Joanne." 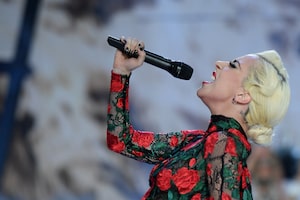 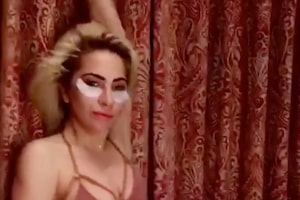 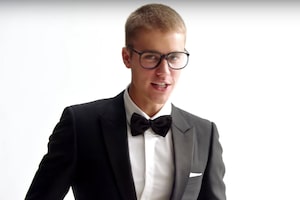 Watch! The Most Talked About 2017 Super Bowl Commercials 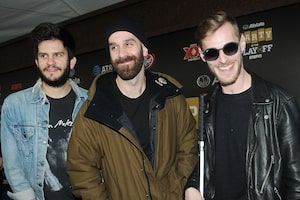 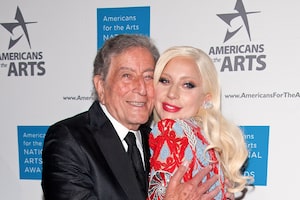