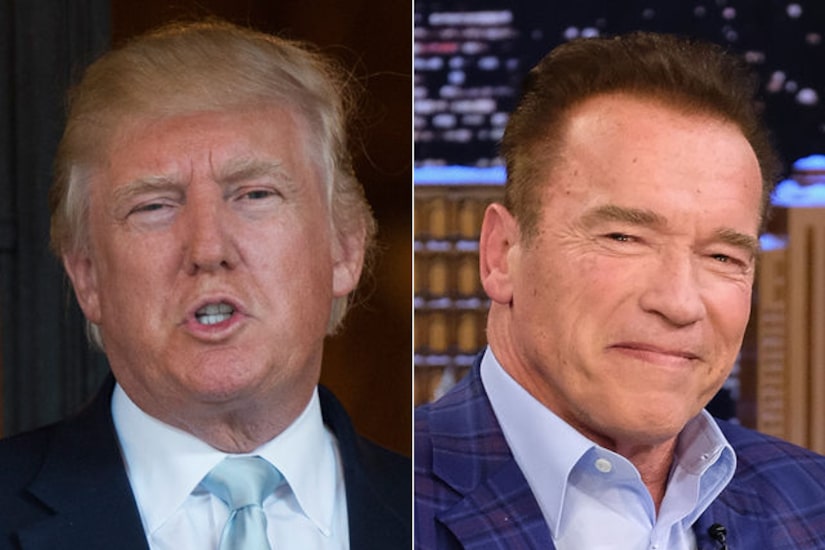 On Thursday morning, Trump poked fun at the ratings for “The Celebrity Apprentice,” which is hosted by Arnold Schwarzenegger. While speaking at the National Prayer Breakfast, he said, “When I ran for president I had to leave the [“Apprentice”], Trump said. “And they hired a big, big movie star, Arnold Schwarzenegger, to take my place… and we know how that turned out. The ratings went right down the tubes, it's been a total disaster…” Watch!

He went on to say, "I wanna just pray for Arnold if we can — for those ratings, okay?”

Schwarzenegger responded to Trump's comments in a Twitter video, saying, “Hey, Donald, I have a great idea: Why don't we switch jobs? You take over TV, because you're such an expert in ratings, and I take over your job, so then people can finally sleep comfortably again.”

Arnold recently called out Trump for his controversial immigration ban while speaking with “Extra's” Mario Lopez at Universal Studios Hollywood. He shared, "To go and ban people who have a green card, that means that the United States of America has given you permission to work here permanently and you are on the way to permanent citizenship… I was in that position… It's crazy, it's crazy and makes us look stupid when the White House is ill-prepared to put this kind of executive order out there.” Watch!

In January, Trump slammed Schwarzenegger after the new season of “The Celebrity Apprentice” premiered. He tweeted, "Wow, the ratings are in and Arnold Schwarzenegger got 'swamped' (or destroyed) by comparison to the ratings machine, DJT.” At the time, Arnold reacted, saying, “I hope you'll work for ALL of the American people as aggressively as you worked for your ratings.”

During Trump's presidential run, lifelong Republican Arnold said that he would “not vote for the Republican candidate.” 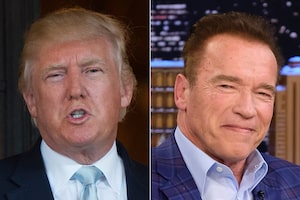 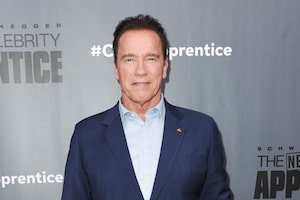