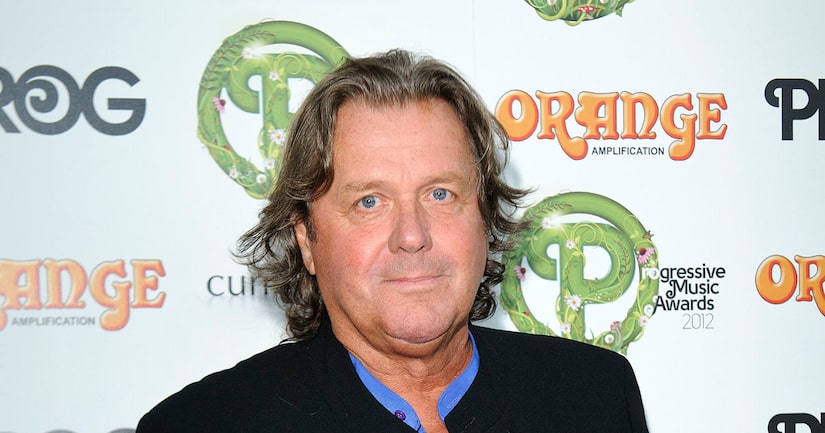 Singer and songwriter John Wetton, known as the frontman of the rock group Asia, has died at the age of 67.

On Tuesday, Wetton, who co-founded the '80s band, lost his battle with colon cancer.

In a statement, Asia drummer Carl Palmer said, "John was a gentle person who created some of the most lasting melodies and lyrics in modern popular music. As a musician, he was both brave and innovative, with a voice that took the music of Asia to the top of the charts around the world. His ability to triumph over alcohol abuse made him an inspiration to many who have also fought that battle. For those of us who knew him and worked with him, his valiant struggle against cancer was a further inspiration. I will miss his talent, his sense of humor and his infectious smile.”

Earlier this month, Wetton revealed that he had to pull out of Asia's tour with Journey for health reasons. He said on his personal website, "I am disappointed to announce that, on the advice of my medical team, I have to withdraw from Cruise to the Edge, and from the first leg of the Journey tour, March 15 - April 4. I will soon be starting a new medical chemotherapy procedure, under which I will not be able to fly.”

Despite his cancer battle, he was determined to perform again, saying, "While I am naturally disappointed to miss the beginning of what I know will be an historic Asia tour, I am intending to return to the stage with Asia later in 2017, dates soon to be announced. I know this decision will be in the best interests of my health and our fans, in the long run.”