A day after of President Trump was sworn into office, approximately 500,000 people made their way to Washington, D.C., for the Women’s March on Washington, and “Extra’s” AJ Calloway had exclusive access to the celebrities and politicians who made their voices heard.

Superstar Cher, who had also helped lead an anti-Trump rally in NYC Friday said she was at the march “to show the power that people have; this is so important to me. I’ve been alive for twelve presidents and I never thought that I would think someone would be worse than George [W.] Bush, but when I see someone who didn’t really want to be president, he just wanted to go to rallies and get applause — and I don't think he has any intention of being president — I'm afraid of what he's going to do.”

Cher said she isn’t sure how the country can come together, commenting, “Right now, it's like a bloodless civil war.”

Funny girl Amy Schumer showed her serious side, saying, “It's so important that we all showed up to fight for each other's rights and protect each other.”

America Ferrera, whose fiery speech opened the march, shared, “As a woman and as an American and as a daughter of immigrants, everything I love and value about America is at stake.”

"Chicago P.D." star Sophia Bush called the inauguration a “dark day,” saying of the march, “I wouldn’t miss it. There’s nowhere in the world I would rather be. Our actions are how we vote every day.”

“Nurse Jackie” actress Edie Falco said she was proud to be there as a woman and a person, emphasizing, “You just cannot bulldoze over us — we're not gonna go away.”

New Jersey Senator Cory Booker, who worked tirelessly in support of Hillary Clinton, revealed that his heart is heavy after the inauguration, criticizing President Trump’s plans to dismantle the Affordable Care Act (ACA), popularly known as Obamacare. While he was happy to see the large crowds of marchers, Booker said, “Seeing this kind of turnout, this kind of energy, it's like a spark of ignition. Today is great, this turnout is great, and my hope is that this is not an abstract, that this is a hopeful response today. We need to resist the trap of sedentary behavior.”

The Reverend Jesse Jackson expressed a similar sentiment, pointing out that people were marching to protect democracy.

Environmental advocate and civil rights activist Van Jones, once President Obama’s Special Advisor for Green Jobs, told AJ, “Democracy is not something that happens once every four years, democracy happens every day.”

“Extra’s” Jerry Penacoli, who was covering the annual Sundance Film Festival, joined Chelsea Handler for a march on Main Street in Park City, Utah. Just after the march, Chelsea shared why it was so important for her to participate. “What is happening in this country is not normal,” she said. "It’s important for us to be unified and get up and scream and shout. These are things we fought for 60 years ago — we can’t fight again for things we’ve already gotten; there’s no point in going backwards, history goes forward.”

Along with Sundance and Washington, D.C, people marched in dozens of other cities, including in Los Angeles, which brought out a reported 750,000 people. There, Vanessa Hudgens said, "We're all created equal, so let's march for it,” while Helen Hunt declared, "I will march till I can't march anymore.”

Jamie Lee Curtis was happy to show her support in L.A., saying, “We are with millions and millions of people… it's fantastic!” 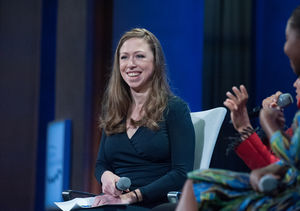 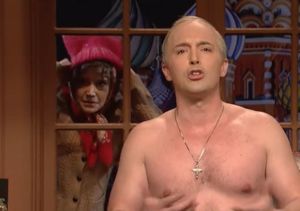 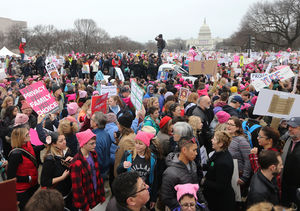