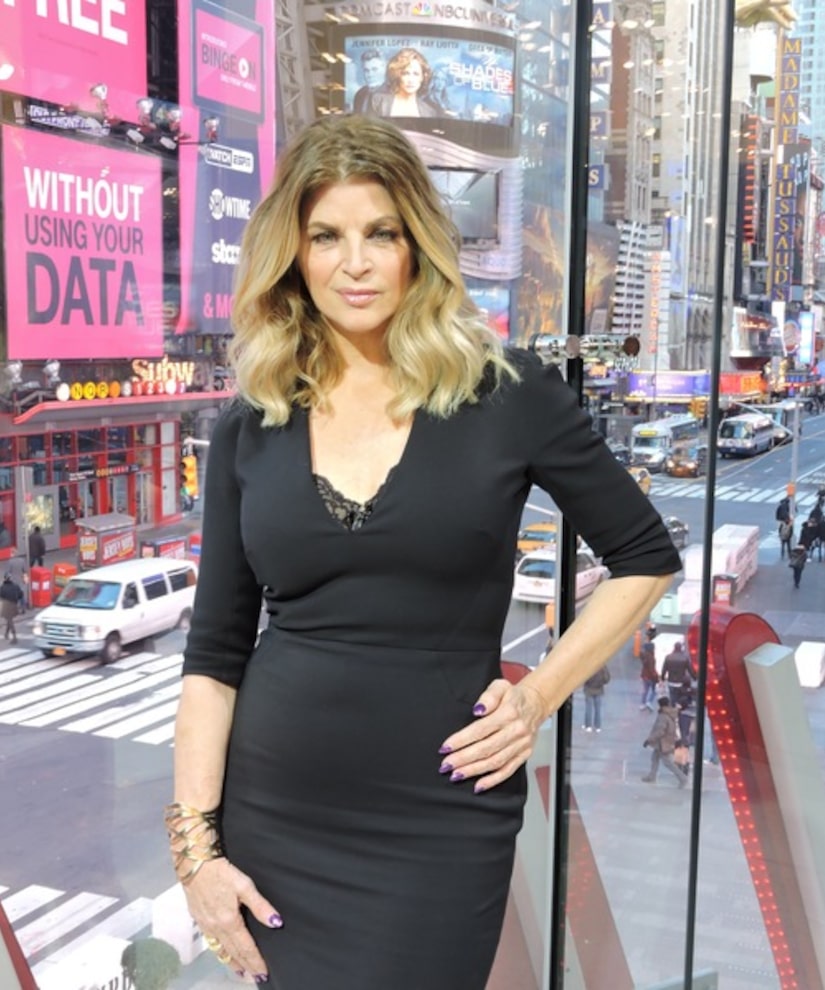 Kirstie Alley is looking better than ever!

While celebrating her 66th birthday and showing off her new birthday bling, she revealed to “Extra's” AJ Calloway a surprising confession about a birthday bash that she had years ago. "I left and had sex in the back seat of my car… My boyfriend had bought me a new car, so I just went and had some sex in it.”

When AJ joked, “So, no big parties… But if you're dating her, get her a car because you may get lucky,” Alley quipped, “That's the only way you're getting lucky! I'm just saying. Maserati, whatever!”

Alley continues to work hard to keep off the 50 pounds she lost with Jenny Craig. “I call my Jenny Craig consultant and I go, 'Oh, look, I'm going to this thing and they're gonna have eight million sugar cookies with frosting on them,' and she'll go, 'Well, why don't you have one?' and I go, 'I'm afraid I'll eat too many,' and she goes, 'You won't eat too many — have just one.'”

Though she is resisting sweets, she says the diet is “pretty easy to maintain.”

The “Scream Queens” actress did have a diet dilemma while recently shooting the Fox series, admitting, “I had discovered triple-crème brie cheese, and I don't even like brie! I don't even really like cheese!”

She then asked AJ, “Have you ever had triple crème cheese? Oh, you'll die. Anyway, I'm telling you, it's the best thing you've ever tasted in your life!”

Another best thing in her life is her new grandson, Waylon. “You can't imagine experiencing anything as good or better than your children, but with grandchildren, it's like a magical gift.” 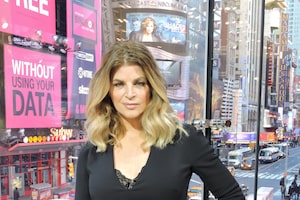 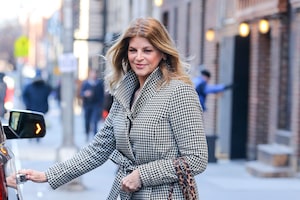 Kirstie Alley Reveals What She Wants Her Grandson to Call Her 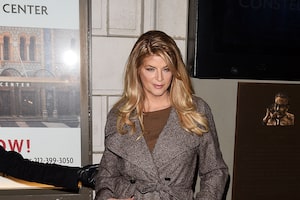