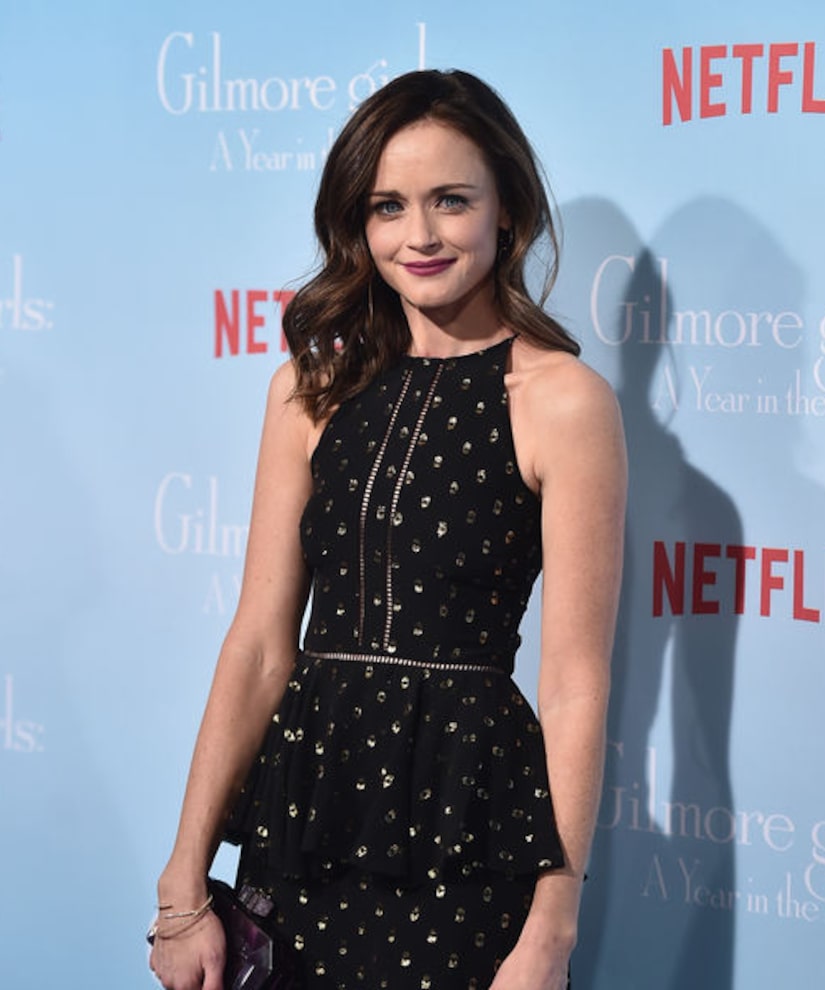 It's been almost two months since Alexis Bledel's character dropped a bombshell in the final four words of “Gilmore Girls: A Year in the Life."

Fans around the world are jonesing for more Netflix episodes and to learn who could possibly be the father of Rory's unborn child. While it is assumed it's Logan Huntzberger, show creator and writer Amy Sherman-Palladino could have other plans in mind, since he is engaged to French heiress Odette.

Alexis is currently promoting her new Hulu show, “The Handmaid's Tale,” but was asked by Variety about a second installment of "Gilmore Girls: A Year in the Life.” The 35-year-old said, "I haven't heard anything.”

She did tease by continuing with, "It hasn't been a conversation as of yet. All of us are just wanting to tell a good story. The only thing I can say about future installments is that it would be about the story and the timing. We want to tell a great story.”

When asked about Rory's future with a baby, she replied, "I honestly haven't gone down that path of imagining it.”

Alexis added, "It all lives in Amy's imagination. She has a very clear vision and always has, and we haven't had input as to the stories and the characters on the show very much."

As for now, only one person seems to know the fate of the series, and that's Sherman-Palladino. In December, she told The Hollywood Reporter, "We pitched this as close-ended. We pitched it as: 'This is the year in the life. This is the way it was ending.'” But she went on to say, "Is there going to be anything else? I don't know."

Let's hope that Amy is secretly writing the next chapter of “Gilmore Girls” and that she doesn't wait another 10 years to do it!