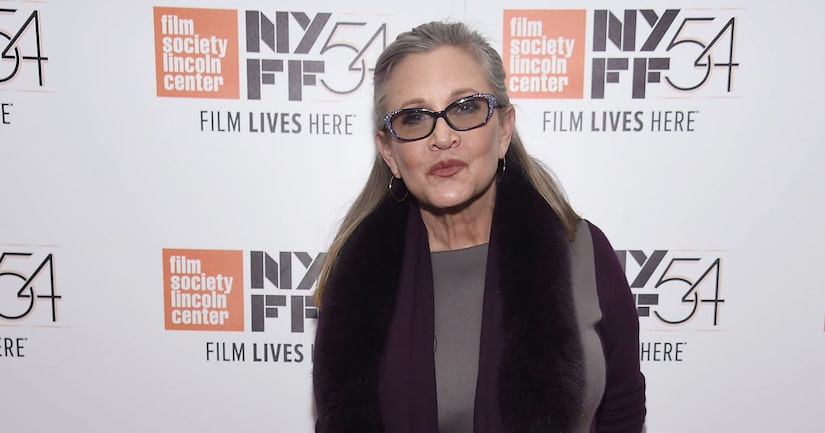 On Tuesday, Carrie Fisher's half-sisters Joely and Tricia opened up about her final days in a new interview on “Good Morning America.”

Joely revealed that she spoke to Carrie just one night before her medical emergency on a flight from London to Los Angeles. She shared, "We talked about age, 'cause she was floored that she had just turned 60. We talked about children, we talked about our frail mothers.”

After news broke of Carrie's hospitalization, Joely came to her bedside and remained there until her death. She commented, “I remember just holding her hand and telling her that we were there, that we would make sure that her daughter was whole, which she will be... And then, I told her she would love how high she was right now."

Joely also commented on Carrie's mom Debbie Reynolds, who died just one day after her passing. Joely, who was with Reynolds while Fisher was in the hospital, said, “She kept saying that she wanted more time. I knew that if Carrie wasn't going to survive this, that Debbie would not. You knew it.”

The day before, Joely's tribute to Carrie was published by The Hollywood Reporter. In her guest column, she revealed, "During our transcontinental chat before Carrie's fateful flight from London to L.A., we promised we'd spend Christmas together. It's a promise we kept, although not in a way either of us had anticipated. Throughout the holiday, I sat by her side in a hospital room filled with a cacophony of sounds made by the machines keeping her barely alive. Debbie, of course, was there as well. She told me that she'd been praying for more time. More time for Carrie, for herself and for Connie. I knew if those prayers weren't answered, Debbie might very well join her daughter.”

"My sister would have wanted a dramatic exit," Joely continued, "she just might have wished for another couple of decades before making one… She would have wanted us to celebrate her life, her words and for Billie to be whole.”

Billie also broke her silence on the deaths of Carrie and Debbie, writing on Instagram, "Receiving all of your prayers and kind words over the past week has given me strength during a time I thought strength could not exist. There are no words to express how much I will miss my Abadaba and my one and only Momby. Your love and support means the world to me.”

TMZ reports that Carrie's family is in search of the two passengers who "worked like crazy” to keep her alive on the plane. The family reportedly wants to show their appreciation to the people who gave them extra time to say good-bye to Carrie.

Along with Billie and Joely, Carrie's "Star Wars" co-star Mark Hamill also wrote a guest column for THR. He revealed that while working with Carrie on set, "I was just in awe of her. She was so committed to joy and fun and embracing life. She had an Auntie Mame quality to her. I would do crazy things to amuse her on the set. Making her laugh was always a badge of honor.” 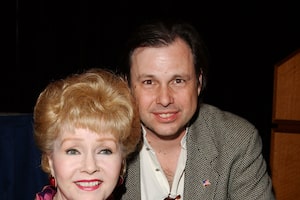 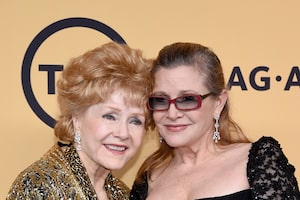