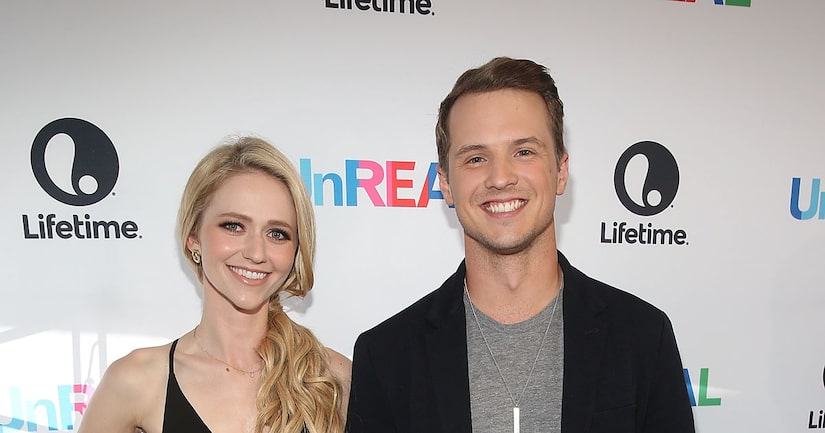 The Knot confirmed the two exchanged nuptials at The Stables at the Foxhall Resort and Sporting Club on Friday. Johanna and her mother Jo Beth planned the whole ceremony and reception, which was attended by their close friends and family.

Freddie, 29, and Johanna, 29, met on the first season of the Lifetime series about what goes on behind the scenes at a fictional dating show, on which Johanna played one of the contestants vying for the eligible bachelor played by Freddie. The two eventually started dating off-screen after the season wrapped, becoming engaged in May. She told People magazine in August, “Then, at the very end, [Freddie and I] realized we actually don't want to say good-bye, so then we started hanging out in L.A. It was right afterward.”

Johanna also gave a few hints about the wedding, telling People magazine after the engagement, "We're getting married around the holidays this year. Freddie's family is coming from Europe and Asia and we're all gonna be together. So that's gonna be different. Super southern family. Super European family.”

At the time, Johanna revealed that she was wearing an Anne Barge gown for the wedding. "I have a dress. Anne Barge is designing a dress for me. She reached out to me and is custom-making it. It's crazy. I can't say too much because I don't want him to find out, but basically we had a conversation about it and I asked him, 'What do you picture when you think of a wedding and a bride?' and he was like, 'Disney cartoons.'"