It's been many years since Kim Kardashian and her former boss and BFF Paris Hilton have been photographed together — but that's what the holidays are for, reuniting and bringing people together.

At Kris Jenner's annual Christmas Eve celebration, the two snapped a pic together, with Kim's assets on display in a shimmery gold Alexander Wang gown and Paris wearing a black lace dress.

Paris captioned the Instagram shot, “Lovely evening celebrating the holidays with @KimKardashian.” The two are also now following each other on Instagram, which could be a sign they are working out their past differences.

The last time the two were photographed together was on Ibiza at a 2014 birthday bash for Riccardo Tisci. Mrs. West wrote on that photo of them laughing, "Reminiscing about the 1st time we went to Ibiza in 2006! @parishilton it was so good to see you & catch up!! Loves it lol.”

The two have known each other for years. Kardashian even started out as the former “The Simple Life” star's assistant, cleaning out her closet and taking care of her chihuahua, Tinkerbell. However, as time passed, Kim's fame grew and the relationship began to crumble.

The two threw public jabs at each other, with Paris insulting Kim in a 2008 interview, saying her butt looked like “cottage cheese inside a big trash bag.”

In 2009, the “KUWTK” star told Howard Stern they hadn't talked in years. “We were good friends… It was just one time we didn't speak again. I did speak to her once when she went on a radio station and said that my ass looks like cellulite in a trash bag or something; she did call me to apologize.”

Since Kim's robbery in early October, she has yet to post on her social media accounts, but her husband, Kanye West, posted a photo from the party of the couple and their two children, North and Saint. 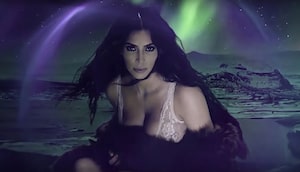 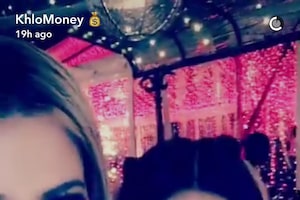 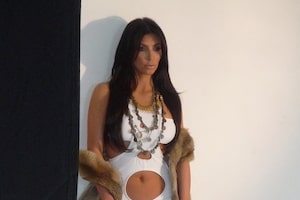